Remitly is addressing a $1.5 trillion market in a unique way.

Fintech stocks have skyrocketed in recent years as names like Paypal and Square have disrupted the broader financial services sector.

One recent initial public offering (IPO), Remitly Global (RELY 3.01%), is taking a unique approach to the massive payments market by focusing on the immigrant market and the billions in remittances sent internationally every year. 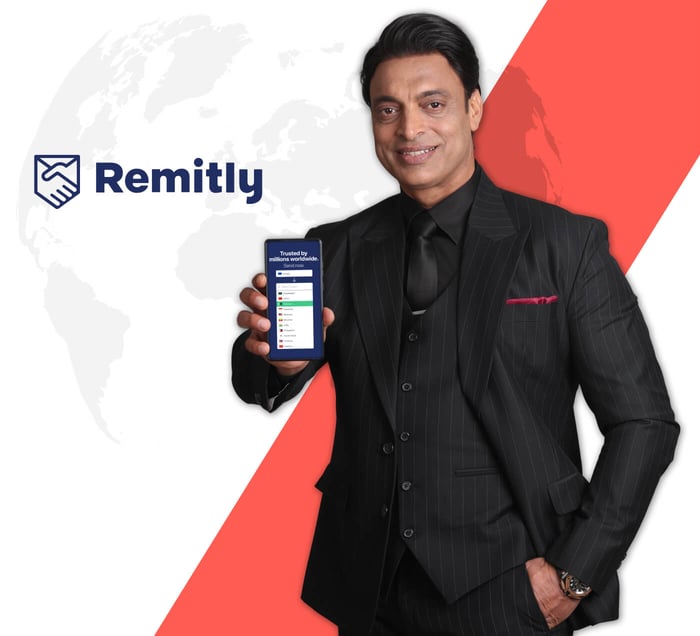 Founded in 2011, Remitly is a leading provider of digital financial services for immigrants, taking on a $1.5 trillion market in global remittances. Focusing on remittances, Remitly provides a number of services that general peer-to-peer payment apps don't, including cash delivery and store pickup in recipient countries. It competes directly with traditional companies like money movement services Western Union and Moneygram. Globally, remittances are a highly fragmented market outside of those two leaders, which own roughly 20% of the market -- the rest is made up of a number of smaller companies scattered around the world.

Remitly operates in more than 135 countries, with 17 "send countries," or countries primarily in North America and Europe where immigrants are sending money from, to more than 115 "receive countries." Mexico, India, and the Philippines are the top receiving countries, while 77% of the company's revenue came from the U.S. last year.

Management said it sees customer trust as its biggest advantage, and CEO Matt Oppenheimer said in an interview with The Motley Fool that trust is an even more important factor to customers than price. In fact, customers are willing to pay more for services they trust, which means ensuring that the money gets into the right hands and that they can trust Remitly with their personal information.

Remitly considers itself a mission-driven company, and customer trust is built into its vision, which is to "Transform the lives of immigrants and their families by providing the most trusted financial services on the planet." Remitly is also part of Pledge 1%, meaning it will donate 1% of its equity to charitable causes over the next decade.

Remitly, which IPO'd in late September at $43 a share, has been growing its operations rapidly, as its third-quarter numbers indicate. Revenue was up 69% in the period to $121.2 million, ahead of the consensus at $108.8 billion, while send volume was up 61% to $5.2 billion, and active customers increased 51% to 2.6 million. Average revenue per user increased 12% to $47.34, showing existing customers are using Remitly more.

Adjusted EBITDA decreased from $0.6 million to $0.3 million, and it reported a GAAP operating loss of $12.7 million as share-based compensation jumped with the IPO. Despite the operating loss, the economics of payment networks should favor Remitly as it grows. Peers like Western Union consistently generate operating margins around 20%, and credit card companies like Visa and Mastercard have some of the highest operating margins of any publicly traded company.

Oppenheimer said that the company generates six times more customer lifetime value than its customer acquisition costs, which explains why Remitly is spending aggressively on marketing. In the third quarter, about 25% of its revenue, or $30.4 million, went to marketing expenses.

With a 2% take rate, meaning the percentage of payments it keeps as revenue, Remitly could potentially capture $30 billion in revenue from the $1.5 trillion addressable market in international payments. Its market opportunity would triple if it went after the broader payments market, which Oppenheimer's analysis sees as within the company's scope.

At a market cap of $4.6 billion, the stock trades at a reasonable price-to-sales ratio of around 10 based on this year's expected revenue, and with its high growth rate and huge addressable market, it has significant growth potential. Additionally, its mission helps it stand out in a crowded field, and helps attract employees.

Like most IPOs, Remitly shares are likely to be volatile over the coming months, especially as the stock has no true peer on the market. Given the company's attributes and the success of other payments stocks, this one's worth adding to your watchlist.

How Remitly Has Finally Disrupted the Remittances Industry

Remitly CEO: "Various Levers" to Pull on the Path to Profitability

My Top Tech IPO to Buy in March