More could be on the way -- eventually.

Robinhood (HOOD 2.56%) is beefing up its cryptocurrency capabilities. It now allows customers to buy cryptocurrencies with no commissions automatically on a scheduled basis. Robinhood opened up a waitlist for its crypto wallets and more than 1 million customers have signed up so far.

No, the popular trading platform doesn't support Cardano or Shiba Inu yet. However, here are seven cryptocurrencies that you can buy on Robinhood. 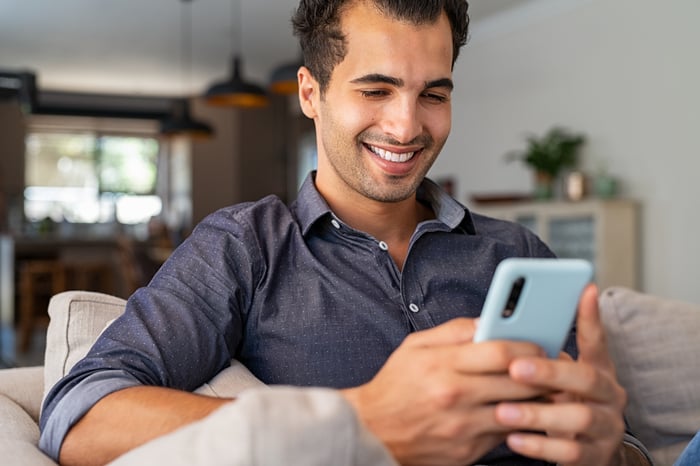 Unsurprisingly, Bitcoin (BTC 0.26%) stands at the top of the list for cryptocurrencies supported by Robinhood. It's the most popular digital coin in the world. And it has the greatest market cap by far.

Robinhood also allows users to buy and sell Bitcoin Cash (BCH -1.22%). This cryptocurrency is kind of a sibling to Bitcoin. Developers parted ways from the Bitcoin project in 2017 to launch Bitcoin Cash as an alternative coin that addressed some of the perceived issues with Bitcoin. Bitcoin Cash now ranks as the No. 21 cryptocurrency based on market cap.

The trading platform supports a third member of the Bitcoin family as well -- Bitcoin SV (BSV -0.55%). This cryptocurrency comes in at No. 57 based on market cap. It forked off from the Bitcoin Cash blockchain in 2018. The vision for Bitcoin SV is to adhere as closely to the original design of Bitcoin as possible.

Dogecoin (DOGE -0.84%) started out as a joke, but Robinhood takes it seriously enough to make it available to investors. This meme coin has skyrocketed in popularity to become the tenth-biggest cryptocurrency in the world based on market cap. It certainly helped that Elon Musk actively promoted Dogecoin, even declaring himself the "Dogefather" and adding it to the shortlist of cryptocurrencies he owns.

Arguably no cryptocurrency offers as much real-world utility as Ethereum (ETH -0.20%) does right now. Its blockchain technology has multiple applications, including digital payments and non-fungible tokens. That could be why Robinhood includes it among its few supported cryptocurrencies. Ethereum ranks behind only Bitcoin based on market cap.

The last cryptocurrency supported by Robinhood is Litecoin (LTC 1.38%). It's the No. 14 cryptocurrency based on market cap. Litecoin was developed to be similar to Bitcoin but with very low transaction fees and some technological differences that make it well-suited for point-of-sale payments.

The seven listed above are the only cryptocurrencies that can currently be bought and sold on Robinhood. However, the trading platform does support real-time market data for several other cryptocurrencies but doesn't allow trading of them yet:

More on the way?

Robinhood CEO Vlad Tenev said on the company's third-quarter conference call: "We hear this loud and clear. Our customers want new coins, the ability to deposit and withdraw, as well as ways to earn interest on their crypto." Does that mean more cryptocurrencies will be supported on the trading platform in the future? Probably -- but just how soon is unknown.

Tenev added that the company will "carefully evaluate whether we can add new coins in a way that's safe for customers and in line with regulatory requirements." This cautiousness could mean that Robinhood's list of supported cryptocurrencies will remain at seven for a while.