Catalysts for the stocks are just ahead.

It's easy to be impressed when looking at the share gains of vaccine leaders Moderna and BioNTech. Shares of the biotech giants have soared more than 100% and 200%, respectively, this year. And they could climb higher as sales of boosters keep revenue rolling in next year. Experts predict the coronavirus will stick around -- so a potential end to the pandemic wouldn't necessarily equal an end to the need for vaccination.

But the main players aren't the only game in town. In fact, you may see bigger returns from an investment in a smaller biotech company that hasn't yet reached the vaccine finish line. Positive clinical trial reports or regulatory submissions could be major catalysts. Let's check out three vaccine latecomers that could possibly double your money. 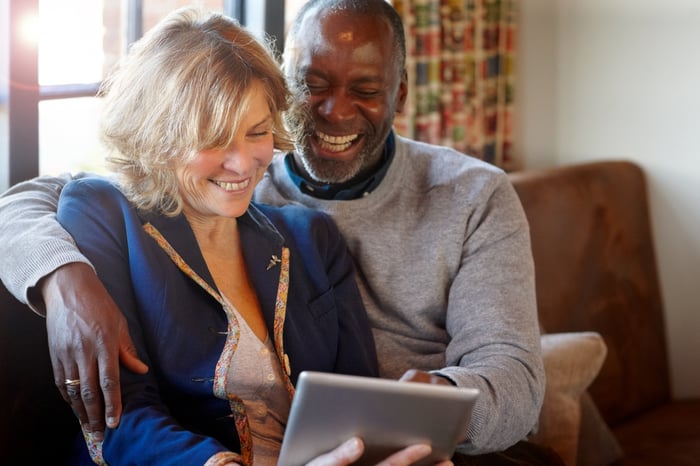 Vaxart (VXRT -1.40%) stands out because it's developing a vaccine candidate in pill form. This could be a major game-changer -- both for healthcare systems and for people going for vaccination. It's room-temperature stable, so easy to transport and store. And most people are happy to avoid a needle stick.

This fall the biotech company began dosing in a phase 2 trial. It expects to report results in the first quarter of next year. The study will include some subjects who've already been vaccinated with mRNA vaccines. This is good news for one particular reason: If results are positive, we could imagine Vaxart's oral candidate being used as a booster. And this could be a pathway to market share even in places with high vaccination rates. The company plans to launch a phase 1b study in India before year-end, and other international trials in the first half of next year.

Vaxart shares have increased more than 20% this year. Even so, they're trading for less than Wall Street's lowest 12-month price forecast. Average forecasts call for the stock to almost double within that time frame; if Vaxart reports positive trial results, such a gain is highly possible.

Like today's leaders, Gritstone bio (GRTS 6.29%) operates in the mRNA space. But Gritstone's vaccine candidate is different from current vaccines in two major ways. First, it involves self-amplifying mRNA. This means it can be given in lower doses and still produce strong efficacy. Second, the candidate targets the spike protein and other viral proteins; that may lift efficacy when it's faced with coronavirus variants.

These two factors could help Gritstone carve out market share -- as long as safety and efficacy come along with the package. Right now, Gritstone is conducting a phase 1 trial of this next-generation vaccine candidate. The company expects to report early results in the first quarter of the new year.

Gritstone shares have climbed more than 180% this year. Yet, like those of Vaxart, they're trading even lower than Wall Street's most pessimistic 12-month price forecast. Gritstone still has a way to go before a potential authorization or approval. But any good news from clinical trials could send the shares much higher in the meantime.

Inovio Pharmaceuticals (INO -0.54%) stumbled last year when the U.S. Food and Drug Administration (FDA) placed a partial clinical hold on the later-stage trials of its vaccine candidate. But the company reported good news recently: The FDA lifted the hold. That means phase 3 may proceed. Meanwhile, Inovio also has won the nod from other countries to conduct trials of its candidate.

The Inovio candidate involves delivering DNA plasmids directly -- intradermally -- through the company's proprietary smart device. These plasmids stimulate an immune response. Inovio's vaccine candidate can be kept at room temperature for more than a year -- which gives it an edge over today's mRNA vaccines. Moderna's vaccine, for example, can only be stored at room temperature for 12 hours; beyond that, it requires cooler temperatures.

Inovio shares have slipped 18% year to date. If Wall Street's average estimate is right, they could climb 80% in the next 12 months. I could see that happening if Inovio finally completes its late-stage trial and applies for authorization or approval.

Good news could propel these stocks to great heights. But any disappointment could do just the opposite. Each of these players is clinical-stage; that means the companies have no other products on the market to rely on for revenue. So, a lot is riding on what happens with their coronavirus programs.

That's why it's only worth taking a small position in these vaccine makers, if you're an aggressive investor and don't mind the risk. Otherwise, you're better off investing in established players that are already generating revenue from their vaccines -- and in some cases, from other products too. Vaxart, Gritstone, and Inovio could double your money. But that's only if they meet the challenges ahead.