The unified communications specialist reported financial results that were far better than expected.

The catalyst that sent shares of the cloud communications software provider soaring was robust financial results that sailed past expectations. 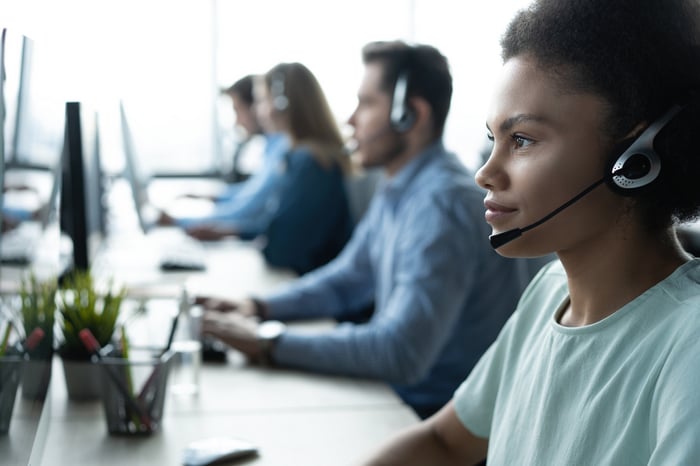 To give those numbers context, analysts' consensus estimates were calling for revenue of $738.7 million, resulting in adjusted EPS of $0.72.

Perhaps more importantly for investors, Avaya said annual recurring revenue (ARR) from its OneCloud enterprise cloud system climbed to $530 million, up 177% year over year. At the same time the company's cloud, alliance partner, and subscription (CAPS) revenue accounted for a record 44% of Avaya's total sales, up from 33% in the prior-year quarter.

Robust customer acquisition helped drive the results and set the stage for future success. Avaya signed 119 deals with total contract value (TCV) greater than $1 million, with 18 deals worth more than $5 million and seven agreements bringing in more than $10 million. The helps to pack the company's pipeline with revenue that will continue far into the future.

CEO Jim Chirico noted that this fiscal year marked many firsts. "Most impressive is the fact that we reversed over a decade of annual revenue declines, delivering year over year growth closing up approximately $100 million, while we also grew ARR 177% to $530 million," he said.

Investors were also encouraged by Avaya's full-year outlook. For fiscal 2022, Avaya is guiding for revenue in a range of $2.975 billion to $3.025 billion, which edged out analysts' consensus estimates of $2.98 billion. The company also said its non-GAAP operating margin should fall between 19% and 20%, consistent with its performance this year.

Given its impressive come-from-behind victory, it's little wonder investors were bidding up Avaya's shares.