Growth stocks have been the star performers of the U.S. equity market for the past 12 years, driven by ultra-low interest rates and the availability of cheap capital. However, broader market indicators are suggesting these driving forces may be waning. In October 2021, the U.S. consumer price index (CPI, a metric used to gauge inflation) rose year over year by 6.2%, the highest surge since December 1990. In response to this rising inflation, the U.S. Federal Reserve is now hinting at reducing the pace of bond buying.

If monetary policy does tighten, only those growth stocks with solid fundamentals, improving financials, and strong competitive advantages stand a chance of maintaining attractive returns. Both fuboTV (NYSE:FUBO) and PubMatic (NASDAQ:PUBM) fulfill these criteria and the two stocks could prove to be attractive buy-and-hold picks for retail investors. 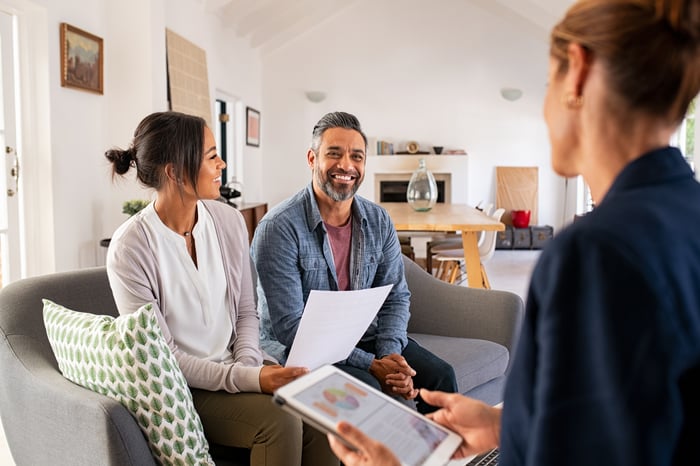 Share prices of sports-focused streaming player fuboTV have fallen by over 39% since the company released its third-quarter results back on Nov. 9. Although fuboTV managed to outperform both revenue and earnings consensus estimates, investors are concerned about the company's increasing losses and negative free cash flows.

Yet, the share price pullback seems exaggerated considering that the company's third-quarter net losses expanded year over year by 61%, but at a much slower pace than the year-over-year revenue growth of 156%.

Broadcast rights from sports content networks like Fox Sports and ESPN are expensive and account for a major chunk of the company's expenses. fuboTV, however, has been successful in reducing the expense-to-revenue ratio over the past two years. In the third quarter, the company's average revenue per user (ARPU) was up 10% year over year to $74.54. This reflects the success of the company's monetization efforts and the availability of engaging content on the platform.

fuboTV continues to rapidly capture streaming market share and crossed the 1 million paying subscriber milestone in November. In the third quarter (which ended Sept. 30), the company's subscriber count more than doubled to 945,000. fuboTV is now guiding for a 1.06 million to 1.07 million subscriber count by end of fiscal 2021, higher than the consensus analyst estimate of 927,000 subs.

Hence, it has become apparent that users are increasingly preferring streaming over cable TV, even for live sports. However, currently, there are around 74 million cable TV households in the U.S. Hence, there remains much runway for fuboTV to add more subscribers in coming years.

A large subscriber base is enabling fuboTV to attract more content partners and advertisers. Increasing adoption of connected tv (CTV) is driving up the advertising dollar allocation to this medium, away from linear TV. In the third quarter, fuboTV's advertising revenue soared 147% year over year to $18.6 million.

Legal sports betting could prove to be an even bigger opportunity for fuboTV, considering that it already has a big subscriber base of sports enthusiasts. Many of these subscribers can also opt for the company's sports betting service.

By combining sports streaming, live television, and sports betting, the company is offering a unique experience to users, unlike anything that is provided by other players in this market. Although the company has launched only one streaming-linked sports betting service, the future growth prospects for fuboTV seem bright in this $71.5 billion U.S. sports-betting market.

Leading independent supply-side advertising company PubMatic's stock price has exploded on the back of stellar third-quarter earnings results (ending Sept. 30). Revenue soared by 54% year over year to $58.1 million, while profits were up by 117.7% to $13.5 million. The growth was mainly driven by publishers increasing their ad inventory with the company, which helped push up ad impressions by 103% year over year to 23.9 trillion. The recent quarter also marked the fourth consecutive quarter of the company's 50%-plus year-over-year organic topline growth.

Unlike many other ad tech companies, PubMatic has remained mostly unaffected by Apple allowing users to explicitly consent to the use of the cookie-like identifier for advertisers (IDFA) as a part of iOS 14 updates. Alphabet's Google is also on its way to phasing out cookies. While many sell-side ad technology companies depend on cookies to sell publishers' ad inventory at the most effective rates to targeted advertisers, PubMatic has been working with alternative identifiers (identity and first-party data ) for targeted advertising. Currently, two-third of PubMatic's revenue depends on alternative identifiers.

A major portion (44% of the workforce) of PubMatic's technology team is located in India. The cheaper work location coupled with the company's self-managed cloud infrastructure (not dependent on public cloud providers) have enabled it to control expenses and improve margins.

PubMatic has better control of its network, hardware, and software -- a key competitive advantage in the ad tech space where advertisement slots are sold and purchased in real-time transactions. The infrastructure-driven approach allows PubMatic to process billions of ad auctions in a single day -- translating into higher volumes and prices for publishers. This has helped build sticky customer relationships, while also boosting PubMatic's top line (usage-based revenue model).

Like other ad tech players, connected TV (CTV) is also emerging as a major growth driver for PubMatic. In the third quarter, the company's CTV publisher count increased to 154, while revenue jumped seven times year over year. With eMarketer expecting U.S. CTV ad spending to grow from $14.4 billion in 2021 to $29.5 billion in 2024, there remains huge potential for PubMatic to leverage this opportunity in the coming years.