Stocks rebounded sharply on Monday, taking heart from more-upbeat comments following Friday's steep declines. Despite ongoing concerns about how virulent the new omicron COVID-19 variant might be, investors nevertheless took a more positive view of the potential impact, especially in light of favorable comments from vaccine makers promising new weapons in the fight against the pandemic. The Dow Jones Industrial Average (DJINDICES:^DJI), S&P 500 (SNPINDEX:^GSPC), and Nasdaq Composite (NASDAQINDEX:^IXIC) didn't claw back all of their losses, but they still put in a good day overall.

Monday gave investors another example of how selling on down days can lead to poor outcomes. In many ways, those who are more susceptible to panic-selling under pressure would have been better served having simply taken a long weekend to ignore what the markets did on Friday. 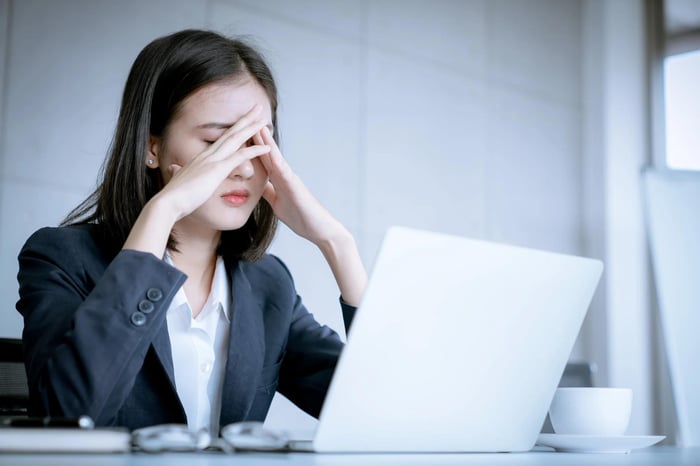 A different look at the markets

Sometimes, getting a different perspective on investing just requires expanding your time horizon by the smallest amount. Consider how the markets have performed when you combine Friday's losses and Monday's gains:

Moves of that size aren't unusual, and they don't establish anything close to a reversal of a prevailing trend. Rather, you can expect to see many moves in either direction over the course of several days in the stock market. Those moves can happen whether investors are in a bull market, bear market, or some sort of transition between the two.

Another way to put declines in perspective is to think about how long it took to achieve a given milestone. For instance, the declines in the Nasdaq and S&P on Friday were significant, but they only took the indexes to levels that they first reached less than a month before. In other words, most investors would've been overjoyed if you'd told them a year ago that the S&P and Nasdaq would be where they were on Friday.

For the Dow, admittedly, it's a little bit trickier. The average's declines on Friday took it back to levels it first reached in May. Yet in the life of a long-term investor, even six months isn't a huge span of time compared to your eventual time horizon.

Many investors saw Friday as potentially the first day of a huge downward move. That's still possible, even though Monday provided at least a short respite. There's always a chance that stocks will end up making a correction or entering a bear market, and in the long run, it's inevitable.

If you try to anticipate those events with the goal of avoiding them, however, you'll likely find that it ends up hurting you more than it helps you. In the long run, there are simply too many head-fakes from market volatility. The best way to reap the market's long-term rewards is to stick with a consistent strategy and see it through.