Shares of Redfin (NASDAQ:RDFN) dropped 20.7% in November, according to data from S&P Global Market Intelligence. The real estate marketplace and technology company reported solid quarterly results but was dragged down with the broad market sell-off in growth stocks. It also was likely impacted by Zillow's (NASDAQ:Z) decision to end its iBuying program.

On Nov. 4, Redfin released its earnings results for the three months ending in September. Revenue came in at $540 million, up 128% year over year, with gross profit up 37% to $127 million.

That revenue number was above analyst expectations for $539 million in the quarter. The majority of this growth came from Redfin's iBuying segment -- called RedfinNow -- which grew revenue by 1,000%. Redfin's core business, real estate services, only grew gross profit 5% year over year to $96 million.

This meager growth in its core brokerage/marketplace business is likely a reason why investors have soured on Redfin stock recently. 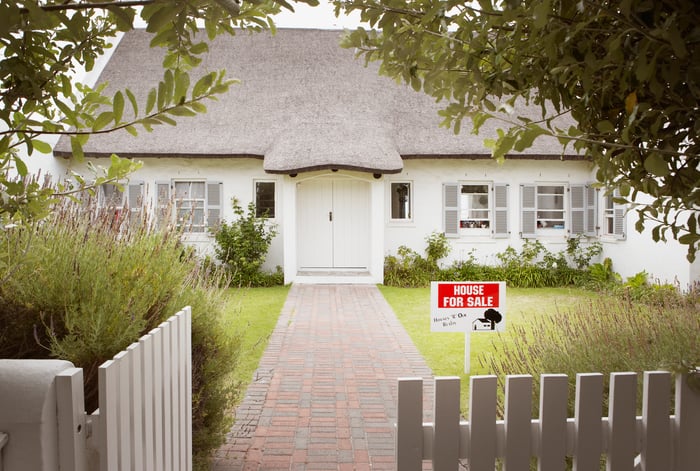 The growth in Redfin's iBuying segment is impressive. iBuying is the process when a company like Redfin or one of its competitors immediately buys a home from a family, sits on the inventory, and resells it to a buyer on a later date, hopefully pocketing the spread between the transactions. The idea seems promising. However, there have been some troubling signs for the business model lately.

Zillow, one of Redfin's competitors that had an iBuying business called Zillow Offers, abruptly quit buying homes in November, saying that it lost over $1 billion with this segment and that the business model is too difficult for it to execute. This shocking news and negative reaction likely spilled over to Redfin, which is supposed to see strong growth from iBuying in the coming years.

Right now, Redfin has a market cap of $4 billion. If you believe Redfin can continue growing its brokerage, online marketplace, and iBuying businesses over the next few years and beyond, now may be the right time to take a position in this company. But Redfin only generated $376 million in gross profit in the last 12 months and had no net income. If it's unable to grow its business over the coming years, the stock will likely fall even more from here.