After climbing 8% in October, shares of Amyris (NASDAQ:AMRS) took a sharp U-turn in November. Investors' hopes are high as this synthetic biology company attempts to develop sustainable ingredients for consumer products, but a weak earnings report (among other issues) proved too much for investors to handle.

Shares of Amyris plunged precipitously in November and ended the month 54% lower than where they began, according to data from S&P Global Market Intelligence. 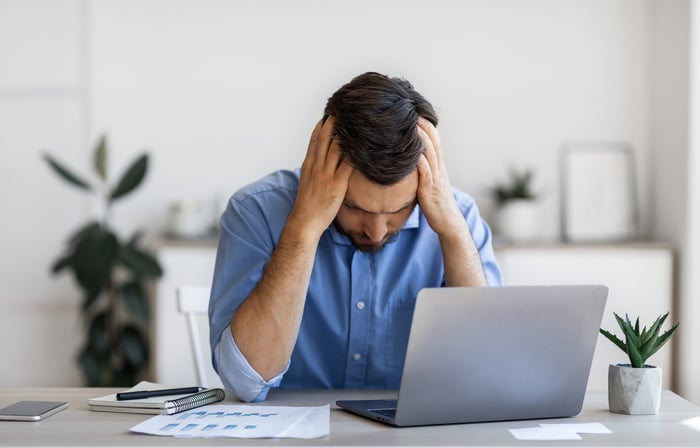 Amyris reported third-quarter 2021 earnings after the close on Nov. 8, and it's fair to say the market wasn't impressed. On the next day of trading, shares closed 39% lower than the previous day. Failing to meet analysts' top-line estimates, Amyris reported a 30% year-over-year decline in its ingredients business, to the chagrin of investors, and it seems as if the company will continue to face challenges in the fourth quarter. On the company's conference call, CEO John Melo said, "Shipping delays, along with major manufacturing disruptions in China, are global in nature and persisting into the fourth quarter."

The prospect of share dilution represented another worry weighing heavily on investors' minds last month. Amyris announced a proposal to offer $400 million in senior convertible notes due in 2026. Along with the notes, the company intends to offer capped call transactions, which are meant to limit the potential dilution, but it didn't seem to be enough to assuage investors' concerns.

An analyst's revised price target provided even more food for the bears last month. On Nov. 9, Craig Irwin at Roth Capital cut his price target to $15 from $22, though he maintained a buy rating on the stock, according to Thefly.com. The lower price target represents a considerably more pessimistic view of where the stock is headed compared to what Wall Street thought over the summer; in August, H.C. Wainwright set a price target of $30.

After their steep decline in November, shares of Amyris have continued to tumble in December, falling nearly 5% as of this writing. While the company's supply chain challenges are motivating bears to look elsewhere for growth stock opportunities, the sell-off seems a bit shortsighted.

Amyris plans to commence operations at its new ingredient plant in Brazil in early 2022 and at a consumer products factory in Nevada in the first half of 2022. The two projects should mitigate the effect of the supply chain challenges the company now faces.