Since the financial crisis, policymakers have kept interest rates low in order to help stimulate faster economic growth. Yet with the Federal Reserve signaling that interest rates are likely to rise in 2015, Americans need to know how potential rate hikes will affect their financial lives. Let's look at some of the expert opinions on the likely direction of interest rates in 2015 and what steps you can take now to prepare yourself.

Why rates are likely to rise
Many people are skeptical about rising interest rates in 2015, after years of talk that rates would have to head up but no corresponding action by Fed officials. Yet because the Federal Reserve establishes short-term interest rates, what the central bank itself says carries a lot of weight on this matter, and most Fed officials expect 2015 to be the beginning of a long road higher for rates.

Financial market participants aren't quite as certain. Futures markets point to a rise in rates by the end of 2015, but they currently predict rates to remain lower, at roughly 0.6% to 0.7%.

Most experts agree you'll have at least a few months to enjoy rock-bottom rates, so you still have time to get your finances in shape.

What to do now
The most important thing you can do to take advantage of low rates while they last is to look for ways to pay a lower interest rate on the money you have borrowed. Many homeowners have already taken advantage of the low interest rate environment to refinance their mortgages; if you haven't, now is still a great time to look at doing so. Homeowners seeking a 30-year mortgage refinance can expect rates around 3.8%, according to the latest figures from Freddie Mac, while 15-year mortgage rates average about 3.1%. Those rates are at their lowest levels of the year, giving homeowners one more chance to lock in low financing costs for years to come. 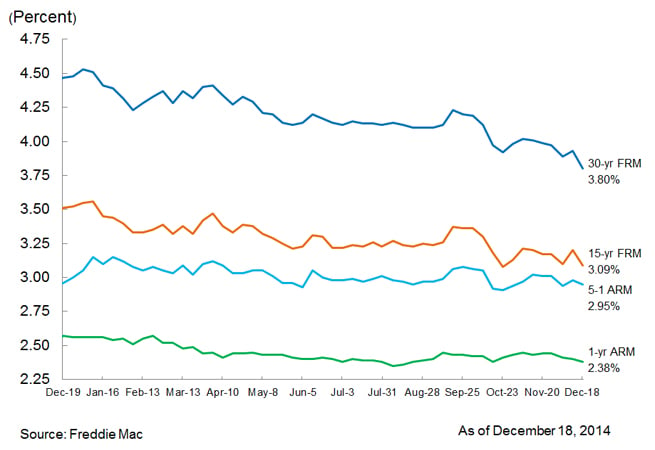 Most other forms of consumer debt come with variable interest rates that will expose you to higher financing costs as rates rise. Some examples include credit card debt, where rates are generally tied to the prime rate, and margin debt, which brokers tie to prevailing interest rates. For years, low rates have encouraged greater margin borrowing, and some believe margin loans have helped push stock prices higher than they otherwise would have gone. If you have margin debt outstanding, taking advantage of recent record highs for the stock market by selling off assets and repaying margin loans would save you from paying more in margin interest as rates rise. Similarly, paying down credit cards now will hold restrict any increases in your card finance charges due to rising rates.

Finally, in looking at your investment portfolio, be aware of the companies and industries that are tied to interest rates. For instance, rising rates traditionally hurt the value of shares in utility companies. On the other hand, insurance and financial stocks can often benefit from higher rates as long as they position their own investment portfolios appropriately. Similarly, on the bond side of your investments, if you have longer-term bonds and long-term rates rise at the same pace as short-term rates, then you'll lose more than you would if you stuck with shorter-term bonds in your portfolio. Short-term bonds won't pay as much in interest, but the greater safety could be worth the cost.

Predicting the exact direction of interest rates in 2015 is a tough task, but most people agree higher rates are coming. Making sure your finances can withstand higher rates will help you avoid any financial pain.