These inflation-fighting investments are often misunderstood. Get the full scoop here. 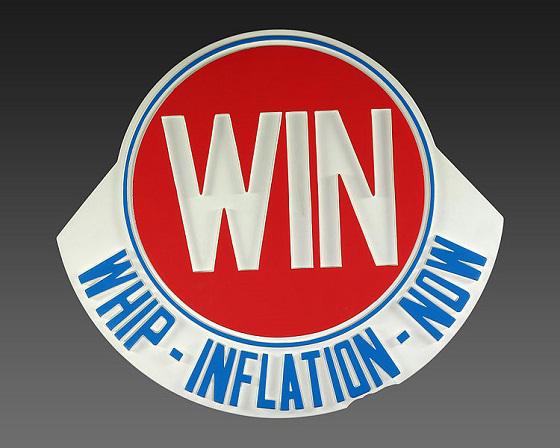 Every long-term investor faces the threat of inflation, as rising prices can erode the purchasing power of your savings. But if you're smart about the investments you choose, you can fight back against inflation. Treasury Inflation-Protected Securities, also known as TIPS, have some desirable characteristics that can help you keep inflationary pressures at bay.

TIPS are issued by the Treasury just like its other bonds. But TIPS stand out from most bonds because rather than having a fixed face value, the amount you get back at maturity rises and falls alongside changes in consumer prices. Let's take a look at just how troublesome inflation can be to long-term investors and how TIPS can help reduce inflation's impact.

Should you worry about inflation?
Inflation hasn't been a serious problem for investors for a long time, with interest rates having steadily fallen over the past 30 years. Yet during the late 1970s and early 1980s, inflationary pressures ran rampant. Huge increases in oil prices led to gasoline shortages and higher costs to transport goods to market, leading to rising prices throughout the economy. The Consumer Price Index posted double-digit percentage increases each year from 1979 to 1981, and prices doubled in less than 10 years, meaning that every dollar you had previously was now worth only about $0.50.

Inflation crushed bond-market investors, as low-interest rate bonds issued before the crisis suddenly couldn't keep up with the erosion in purchasing power. The government and other bond issuers had to pay much higher interest rates in the wake of those inflationary pressures, making those later bonds much more attractive but forcing bond investors either to accept big losses or hold onto bonds until they matured, by which time they were worth a lot less in inflation-adjusted terms.

How TIPS address inflation
Since then, investors have looked for ways to hedge against potential increases in inflation. The U.S. Treasury started issuing TIPS in 1997, fundamentally changing the way bonds work.

Until TIPS came along, most bonds had you invest a fixed amount upfront in exchange for interest payments during the bond's term. At maturity, you'd get that same fixed amount back. As a result, investors knew exactly how much they'd get in payments. But by the time the bond matured, that initial fixed amount would have a lot less purchasing power.

Fuel-cost changes have wrought havoc on overall inflation over time.

TIPS added inflation to the payment mix. Using the CPI, TIPS incorporate changes in prices in the interest and principal payments they make, thereby allowing investors to get an offsetting benefit when the cost of things like food, housing, cars, and clothing rise.

Here's how it works: every month, the government releases the latest reading on the CPI. The Treasury then boosts the principal value of every TIPS issue by that same amount. Interest payments are calculated based on the changing inflation-adjusted principal value. For instance, say inflation rose 1% over the course of a given year. A bond initially issued for $1,000 would see its principal amount rise $10 to $1,010. If those bonds pay 1% interest every six months, then the next interest payment would be $10.10 rather than $10, because of the boost from inflation.

At maturity, the final payment includes all the inflation adjustments throughout the lifetime of the TIPS bond. That will usually be much greater than the original investment, but it will theoretically represent the exact number of dollars needed to have the same purchasing power as the money with which you originally bought the TIPS bond. In a nutshell, TIPS allow you to lock in current purchasing power.

How you can buy TIPS
Ordinarily, because investors expect prices to rise over time, the interest rates that TIPS pay will be lower than on traditional bonds. Yet if you want inflation protection, giving up some current income to ensure a brighter financial future is worth it.