Once you retire, you no longer have regular paychecks arriving on which to live. That's the obvious reason that retirees crave -- and need -- income. Social Security checks are important, but usually fall far short of what is needed or desired. Some lucky folks have pension income, but most of us are more on our own than our parents are or were. Thus, many people in or near retirement look to dividend-paying stocks. That's a smart move.

Assuming that most retirees aren't interested in spending a lot of time following their holdings and watching out for signs of trouble or diminishing prospects, and that many retirees will even experience a decline in their cognitive ability to evaluate stocks, it's best to focus on companies with a lot of staying power -- ones that are likely to be around a decade or two from now, and doing well, too. Let's take a look at a few of these.

Disney might not look like the best dividend stock, with its yield recently near 1.1%. That yield was a bit higher not too long ago, though -- but has dropped as the stock surged more than 10% in February. Keep in mind that the payout has been growing briskly, and with the company only paying out about a quarter of its earnings in dividends, that leaves lots of room for growth. Between 2013 and 2014, the dividend surged 34%, and it has more than tripled since 2009. If the dividend averages 20% growth over the next five years, buyers today will enjoy an effective yield of close to 2.7%.

Buy why Disney? Well, it's terrific in part because of its diversification. It's a major player in broadcasting (think ABC and ESPN), in movies, and in resorts. Its resorts business saw profits increase by 20% between 2013 and 2014 and there are high hopes for a huge new park opening in Shanghai in 2016, which is expected to get more traffic than the company's flagship Magic Kingdom in Florida.

Disney's movie business, now encompassing Pixar, Marvel, and LucasFilm, has produced many massive blockbusters (such as Frozen and Guardians of the Galaxy), with the promise of more to come. Expected to debut in 2015 are Marvel titles Avengers: Age of Ultron and Ant Man, Pixar films Inside Out and The Good Dinosaur, and Star Wars: Episode VII-The Force Awakens. Disney's hits become lucrative franchises, with sequels, consumer merchandise, theme-park attractions, and more.

With its P/E ratio recently near 24, Disney stock isn't a screaming bargain right now, but it's also not likely to disappoint long-term investors. You might buy some shares now or keep it on a watch list, hoping for a pullback. 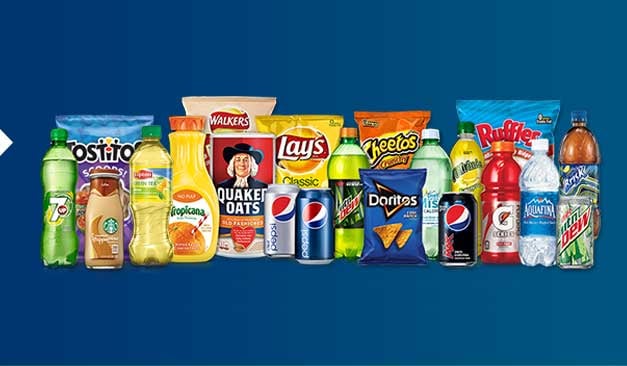 Some are worrying about the future of soda giants, with popular tastes shifting some from carbonated beverages to coffees, teas, energy drinks, waters, juices, and the like. You needn't spend too much of that worry on PepsiCo, though, because it's very diversified in its beverages, with some big-name non-soda brands under its umbrella -- such as Aquafina, Tropicana, Gatorade, Naked juices, and Lipton teas. It has even partnered with Starbucks, distributing Starbucks-branded ready-to-drink coffee beverages.

Meanwhile, PepsiCo is far from just a beverage company, as it generates 46% of its revenue from salty snacks and some healthy snacks, too. Its key brands there include some names you've probably heard of, such as Lay's, Doritos, Cheetos, Ruffles, Tostitos, Fritos, and Quaker Oats. PepsiCo also offers international diversification, generating 44% of its revenue outside North America.

Overall, PepsiCo sports 22 billion-dollar brands, and net profit margins near 10%. It generates more than $7 billion in annual free cash flow, too, some of which it has been spending on share buybacks. Catalysts for growth include increased sales in emerging markets, healthier snack and drink innovations, and partnerships with or acquisitions of drink-making machine companies such as SodaStream.

When it comes to dividends, PepsiCo is no slouch, recently yielding 2.8%. It has announced a 7% dividend hike and last year's hike was 15%. The company has been increasing its payout for 43 consecutive years. It, too, seems more fairly valued than undervalued, but it's poised to be a solid long-term performer. With General Electric, we have another powerful, diversified giant. It had to slash its dividend back in 2009, but it has more than doubled it since then, and recently yielded a solid 3.6%. GE has been increasing its profit margins in recent years, and its net margin recently topped 10%. It generates about $14 billion in free cash flow annually, and plans to return between $8.5 billion and $9 billion to shareholders through dividends and share buybacks in 2015.

The company has very widespread operations, ranging from aviation to power and water, energy, health care, and more. It's in the midst of becoming more of an industrial company than it has been recently, selling off its appliance business and spinning off its retail financial business (now known as Synchrony Financial). Management is looking for double-digit growth from its industrial operations and for them to generate 75% of revenue. The recent plunge of oil prices isn't helping its oil and gas operations, but that's not likely to be a permanent issue.

There are many reasons to expect strong growth from GE in the coming years. Consider, for example, that Boeing recently had a commercial-airplane order backlog of 5,744 planes. Since GE supplies many of those engines and other parts, that's quite promising. General Electric's own backlog hit a record high at the end of 2014, totaling $261 billion and up $17 billion from the year before. Its transportation backlog grew by 43%!

General Electric is not standing still. Its core businesses are growing well, and it's involved in many developing technologies, too, such as 3D printing, solar energy, and wind power. There's a lot to like about GE as a long-term performer and income generator.

If you're looking for long-term stability and income, these three companies should deliver.