Exchange traded funds have made it easy for investors to drill down on specific types of investments, and Sector SPDR ETFs have become one of the most popular ways to invest in specific sectors of the stock market. Sector SPDRs track 10 different sectors in the S&P 500, with each Sector SPDR ETF delivering performance equal to that of the component stocks within the target industry. The investments have relatively low costs and offer diversification while letting you tailor your portfolio in line with your beliefs about the future of particular parts of the market.

The Sector SPDR ETFs break up the S&P 500 into 10 separate indexes. Like any ETF, the Sector SPDRs trade throughout the trading day on the NYSE Arca exchange. As index funds, the investment objective for the ETFs is to match the share-price performance and dividend income of the underlying sectors that they track.

Sector SPDRs have anywhere from 25 to 85 individual stock holdings in their portfolios, depending on the number of S&P 500 members in each respective industry. Consumer discretionary currently has the most stocks, while the materials sector comes in last. 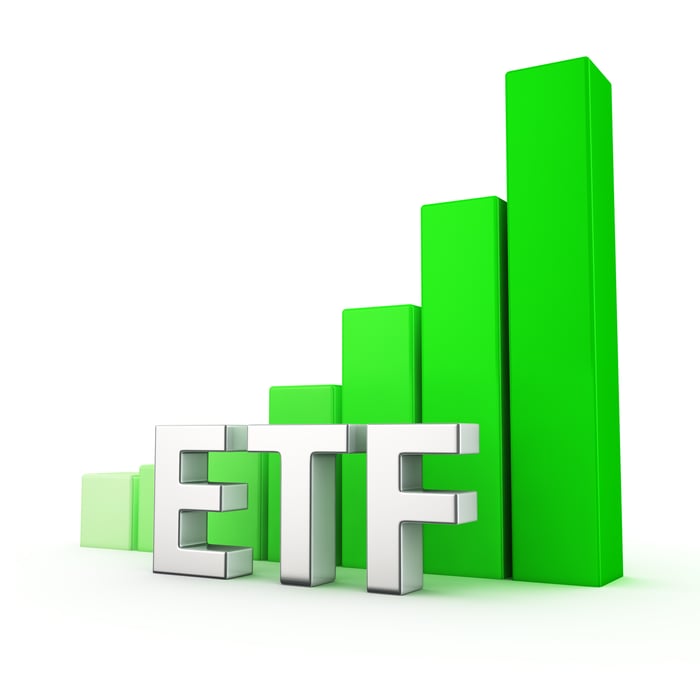 Why Sector SPDRs are helpful

Just looking at the range of returns on the Sector SPDRs reveals the utility of having these ETFs available. Over the past 10 years, the S&P 500 has had a total return of about 7%, and the chart above shows that half of the sectors have outperformed that figure while the other half have underperformed.

If you have strong beliefs about the capacity for one sector to outperform another, then using Sector SPDRs lets you do so easily. For instance, those who thought that the consumer sector would do better than the overall market a decade ago could have profited handsomely from investing in the two consumer-oriented Sector SPDRs, both of which have outperformed the S&P 500 by more than three percentage points annually. Similarly, if you were nervous about financials a decade ago, then by choosing to buy all the Sector SPDRs except financials, you would have improved your overall return beyond what a simple S&P 500 ETF would have paid you.

Finally, even if you want to own the whole market, Sector SPDRs give you the opportunity to get some tax benefits. In a rising market, simply owning the S&P 500 ETF as a single holding doesn't give you chances to reap any tax-loss benefits. However, even when the overall market rises, you'll generally find that some sectors lose ground. By using tax-loss harvesting strategies, you can collect tax losses on those underperforming sectors while deferring tax on rising sector ETFs until you sell them well into the future.

Are there downsides to Sector SPDRs?

There are a couple ways in which Sector SPDRs aren't the perfect investment. First, even with a relatively low expense ratio of 0.14%, they're still more expensive than broader-based market ETFs. For instance, you can find ETFs tracking the entire S&P 500 for as little as 0.04%.

The other major problem is that like most ETFs, you have to pay brokerage commissions to trade Sector SPDRs. Even those brokers who offer commission-free ETF trading typically don't include the Sector SPDRs, with some instead offering their own proprietary sector-based ETFs. With low commissions available from many brokers, the costs of owning Sector SPDRs doesn't have to be prohibitive, but it is somewhat of a drag on performance.

Nevertheless, for investors looking to make plays on specific parts of the market, Sector SPDRs are a good option to consider. With a long history behind them, Sector SPDRs will remain popular ETFs far into the future.