The telecommunications industry has come a long way since Alexander Graham Bell hung with Thomas Watson in 1876. Now, billions of people have access to sophisticated telecommunications networks, and businesses rely on the speed and ubiquitous availability of telecom coverage for their own success. With a wide range of telecom stocks in which you can invest, ETFs are a great way to get the broad-based exposure that many investors want. The following five telecom ETFs are among the most popular with investors and offer choices about how you can invest in telecom stocks.

The largest ETFs in the telecom space cover a wide swath of the U.S. market. The Vanguard Telecommunication Services ETF has the greatest amount of assets under management, and it tracks a broad index of telecom stocks. Integrated telecoms make up the bulk of the portfolio at more than 60%, with alternative carriers taking more than 20% and wireless telecom services specialists getting a 15% allocation. The fund has just 28 stocks, and among the top 10, you'll find the four major wireless carriers in the U.S., along with key secondary players in providing consumer services as well as companies focused on business telecom functionality to their clients.

The iShares U.S. Telecom ETF has similar breadth, but it has slightly different allocations. The index it tracks allocates about half the fund's assets to integrated telecoms, with wireless services getting a 27% allocation. Alternative carriers make up 23% of the portfolio. The iShares U.S. ETF has just 20 holdings, and its top 10 list looks a lot like the Vanguard fund, with just slight changes in position to reflect the different priorities of its index. 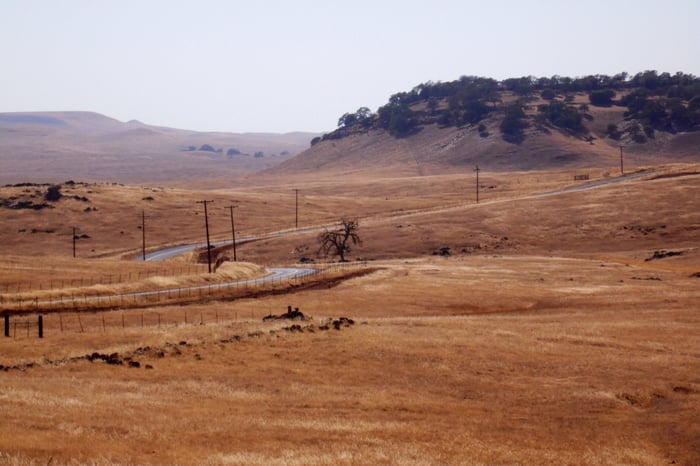 Looking across the oceans

Telecommunications brought the world closer together, so it's natural to look for telecom investments across the globe. The iShares Global Telecom ETF does exactly that, providing exposure to telecom stocks worldwide. The top two carriers in the U.S. are the fund's top holdings, but the remaining 65% of assets are split among companies in areas like Japan, Europe, Canada, China, and Australia. The focus of the fund is on integrated and wireless telecom services providers, with only a tiny allocation to alternative carriers. Just 31 stocks are included in the portfolio, showing the concentration in the global business that has created worldwide telecom networks.

Other approaches to telecom

The remaining two ETFs use slight variations to their strategy. The Fidelity ETF is the newest of the five, and the top holdings among its 27 stocks look similar to those of its larger peers. The Fidelity ETF does have some international exposure in Europe and Asia, but it amounts to less than 10% of the asset base. About 45% of the fund is invested in the two largest U.S. carriers, but the remainder of its holdings is largely in small-cap stocks, giving the fund balanced diversification in terms of company size. Expenses are the lowest in the industry, reflecting Fidelity's attempts to build a reputation for low costs in ETFs.

The SPDR ETF surprisingly brings up the rear in the telecom ETF space, which is unusual for the popular fund family. The ETF uses a different approach that involves a modified equal-weighted index, and that has the effect of reducing the allocations that other ETFs in the sector give to the giants of the U.S. market. Communications equipment providers make up more than 60% of the portfolio, with integrated and wireless telecom providers getting less than 25% of the assets of the fund. Alternative carriers make up the remainder. The success of the fund in outperforming its peers shows the recent strong returns among equipment manufacturers compared to the traditional telecom companies.

Which telecom ETF is best for you?

The Vanguard ETF is popular because of its broad exposure to the sector and its low costs, and U.S. investors can feel comfortable with the fund to meet their needs. The iShares Global Telecom ETF adds international telecom stocks, and the SPDR brings in much more focus on communications equipment. For complete exposure to the space, combining those three ETFs will give you just about every corner of the industry and its prospects for future success.