Googorola keeps inching closer and closer toward consummation. Then what?

Once Google gets the regulatory green light on the remaining regulators throughout the world to swallow Motorola Mobility whole, what will the search giant do with its expensive new underperforming business?

That $12.5 billion price tag is quite a lot to pay for operating losses that are getting bigger before they get smaller. Obviously, the patents are the belle of Motorola's ball, so once Big G has those, what's to become of Moto's actual gadget biz?

These two tech icons don't look as if their bottom lines will play nicely with each other. 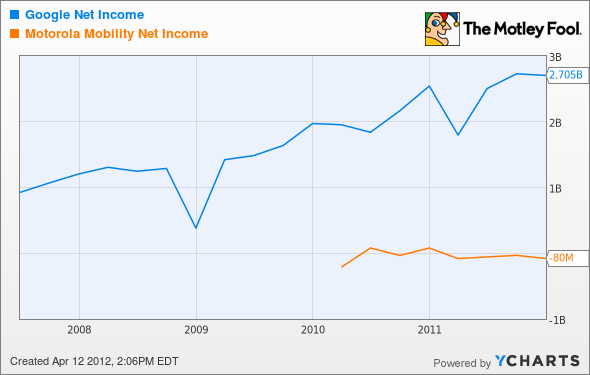 That might not be the only source of indigestion, as gross margins also appear to have irreconcilable differences. 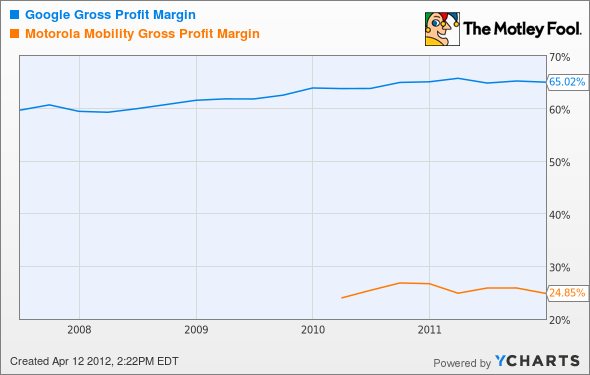 There are a few scenarios that might play out.

Scenario 1: Google could keep the hardware segment, but to really come out with some game-changing devices, it would need to collaborate extensively with its shiny new subsidiary and take an integration page out of Apple's playbook.

The problem there is that Google has already said it will build a "firewall" between the divisions to maintain Android's neutrality and trying to relieve its OEM partners' collective fears. The last thing it wants is to push OEMs directly into the welcoming arms of Microsoft Windows Phone.

Scenario 2: Once Google has the IP that it needs to play defense against Apple's legal assaults, it could simply just sell the underwhelming hardware businesses altogether, including Motorola's set-top box, or STB, and handset divisions. According to The Wall Street Journal, there are precisely rumors to this effect.

WSJ reports Google is already looking at potentially selling the STB business, and speculation that the company has already offered the handset business to Chinese OEM Huawei "at a high price." Both moves, if true, would be pretty bold: Buy an entire company, keep its patent portfolio, and then promptly hock the remaining pieces.

That's a daring trade, and I wonder how much of that $12.5 billion Google could recoup by pursuing that strategy.

There's no easy answer for the search giant. Google is like a big multicolored dog chasing a bleeding jalopy of a car because it has bacon in the trunk. What will it do when it catches it?

The entire Googorola deal is all about one thing: The Next Trillion-Dollar Revolution. Big G is one of the companies riding the waves to the mobile future, but check out this special free report for another one that literally has an inside track. It's free.