I have a confession to make. I've been having somewhat of a Foolish identity crisis of late. My predicament is indubitably linked to a crisis of confidence I've been experiencing. I'm just full of crises these days.

Sometimes I just feel like the world's worst investor.

I've always been attracted to small-cap growth stocks with multibagger potential, which is also why I was a Rule Breakers subscriber before becoming a full-time Fool. Fortunately, the sector that I'm most interested in -- technology -- is chock-full of Rule Breakers in the making. Unfortunately, sometimes they get punished.

Lesson learned
One of the most important lessons that I've learned from Fool co-founder David Gardner is that lofty P/E ratios alone don't paint the whole picture. True Rule Breakers that have disruptive, multibagger potential deserve that premium valuation. 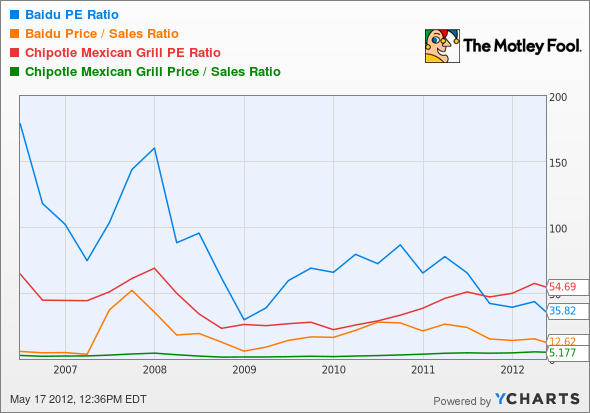 If high multiples alone had kept you away, then you missed out on this performance. 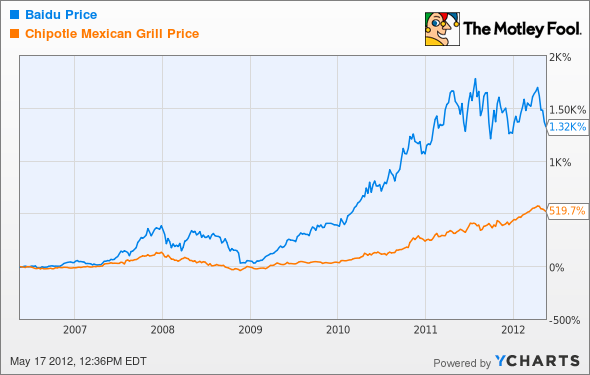 On the flip side, high multiple stocks are particularly prone to volatility as the market tries to figure them out. That price discovery process can lead to severe multiple compression if growth prospects are questioned. Layman's translation: The stocks can tank. Hard.

This most recent earnings season has been so brutal that it's shaken me to my growth-investing core in a rather demoralizing fashion. Maybe the grass is greener on the other value-investing side.

Riverbed's quarter was definitely disappointing, with product sales only inching up by a measly 4%. The company is looking to expand beyond its niche WAN optimization market and transition into a multiproduct company to reinvigorate sales growth. Riverbed still has some legitimate hurdles to clear, and investors have reason to question its lofty valuation, especially considering three out of the past four quarters have been disappointing.

MAKO's quarter was similarly disappointing, but in this case the punishment didn't quite fit the crime. RIO system sales came in light and the company reduced its full-year system sales guidance, although on the bright side it stuck with its procedure outlook. The business continues to grow, and one bad quarter doesn't ruin MAKO's momentum. A deeper concern was the credit facility agreement that MAKO may need to tap if it needs cash, despite CFO Fritz LaPorte's comments a quarter prior that the company wouldn't need to tap the markets for capital.

The Street plain got it wrong with Universal Display's quarter. A quarter of sell-side analysts hadn't properly modeled Samsung's licensing payments this year, inflating the consensus estimates and leading to a "miss" on revenue. Sammy is forking over $30 million this year, and analysts were expecting that in four even installments of $7.5 million per quarter. Instead, UDC is getting $15 million in the second and fourth quarters. Foolishly looking at the bigger picture, the company expects full year sales between $90 million and $110 million, representing between 47% and 79% growth from 2011. Hardly cause for panic there, if you ask me.

Exhibits A, B, and C
Here's how these companies' valuation multiples looked in the respective wakes of each release.

That's multiple compression if I've ever seen it. Furthermore, both Riverbed and MAKO have trended lower to new 52-week lows while Universal Display saw another patent scare, further disheartening this Fool. I knew what I was getting myself into with these risky picks, but that hardly makes the plunges sting less.

Sell-offs like these are part of the territory with high-multiple growth investing. In hindsight, perhaps I was a tad overweight in small-cap equities and should have diversified more into larger companies with less risk.

Down, but not out
Every investor is going to have days -- and earnings seasons -- like these, where your emotions take hold and make you want to sell out your entire equity portfolio and swear off the stock market for life. Back to bonds, back to CDs, back to the mattress with those dollars.

The hard part is to tame those feelings, pick yourself back up, brush off the short-term movements, and focus on the long-term business. That's what being a Fool is all about. Me? I may be down on growth investing, but I'm not out.

If all of the above hits close to home for you, then maybe you should consider safer stocks, especially if you're approaching retirement age. Secure Your Future With 9 Rock-Solid Dividend Stocks, as these companies are stalwarts that have consistent profitability and cash flow -- and give it back to shareholders. They're less likely become multibaggers, but sometimes slow and steady wins the race.