Here's a cigarette maker with strong growth prospects, a nice dividend, and exposure to a growing market segment.

With anti-smoking campaigns on the rise and regulatory hurdles mounting, Big Tobacco has come under a lot of pressure in recent years. But one tobacco company stands out from the rest and should continue to deliver.

A perfect business model?
In 1987, Warren Buffett told us why he likes the cigarette business.

It costs a penny to make. Sell it for a dollar. It's addictive. And there's fantastic brand loyalty.

But in the quarter-century since he said that, increasing regulations and anti-smoking campaigns have made that perfect business model a little less appealing.

Since 2009, the FDA has gained new powers to regulate tobacco products, including the authority to ban specific ingredients in tobacco products. In addition, high taxes and bans on public smoking are raising both direct and indirect costs on smokers. In major metropolitan areas such as New York City, the incentives to quit smoking have never been higher.

But there is a silver lining in big tobacco's smoke-filled cloud. The good news came on Aug. 24, when a major federal appeals court case ruled in Big Tobacco's favor. In a 2-1 decision, the U.S. Court of Appeals rejected FDA-proposed measures that would have required tobacco companies to include graphic visuals on cigarette packages.

Menthol dominance
In Lorillard's case, I think it can. The Greensboro, N.C.-based company is the name behind the ever-popular menthol-flavored Newport brand of cigarettes -- the No. 2 cigarette brand in the United States. Lorillard is the third-largest cigarette maker by revenue and commands a dominant position in the menthol market. Roughly half of African American smokers prefer Newports, and around 60% of Newport's customer base is in the 21-to-34 age range -- a preferable demographic for cigarette companies. Over the years, the brand has steadily gained market share, capitalizing on the growing number of young people who smoke menthols.

The company's Maverick brand is also wildly successful and continues to enjoy double-digit growth in volumes.  And finally, after years of consumer research, the company has finally jumped into the smokeless-tobacco market -- and in a big way.

The move couldn't have come at a better time, what with the FDA considering a crackdown on menthol-flavored cigarettes, which account for 90% of the company's revenue. While e-cigarettes currently represent just a minor fraction of America's $100 billion tobacco market, the industry has grown rapidly since it was first introduced five years ago, and this trend should continue. According to UBS, sales of e-cigarettes are likely to double this year, from $250 million last year.

Lorillard's move into e-cigarettes is a welcome development after the company's decades of steadfast dedication to traditional cigarettes, while its rivals lurched ahead into smokeless alternatives. Competitor Reynolds American was quick to move into smokeless-tobacco products, like the ever-popular snuff unit, which brought in revenue of $172 million in the second quarter, a 12.4% increase. Similarly, Altria's smokeless-tobacco line brought in $240 million in revenue last quarter, an 8.1% increase, fueled by the strength of its Skoal and Copenhagen brands of snuff products.

Crunching the numbers
Lorillard's net sales in the second quarter jumped 2.3% to $1.7 billion compared with the year-earlier quarter, driven by higher prices though partially offset by lower volume. Market share improved and adjusted EPS grew by 6.8%, though margins stayed flat.

The company's dividend yield, at 4.8%, is appealing and sits right around the industry average. Though it pales in comparison with rival Vector Group's monstrous 9.3%, it's significantly higher than Philip Morris' 3.4%. Its payout ratio, at 66%, could be lower, but it doesn't raise any red flags, given an industry average of 62%. And the company's five-year average annual dividend increase is an impressive 41.4%.

Final thoughts
On a forward price-to-earnings basis, Lorillard's stock looks quite attractive when compared with its rivals. One of the reasons the stock is hurting might be investor apprehension regarding a possible ban of menthol cigarettes. If the FDA does go through with the ban, Lorillard's sales would undoubtedly take a hit. Still, the fallout may be less disastrous than people seem to be expecting.

Studies carried out by the Tobacco Products Advisory Committee and investment bank UBS discovered that more than a third of surveyed menthol smokers would quit if menthol cigarettes were banned. However, other studies find that, not surprisingly, very few who intend to quit turn out to be successful.

To sum it up, there are many reasons to like Lorillard. It has some of the best growth prospects in the industry and a solid record of dividend growth. And its foray into the electronic-cigarette market gives it a significant first-mover advantage in a niche market poised for high growth in years to come.

If you're searching for other solid dividend payers but want to avoid the stigma of Big Tobacco, The Motley Fool has put together a special free report outlining nine top dividend-paying stocks. You can access your complimentary copy today at no cost.

Fool contributor Arjun Sreekumar does not own shares of any companies listed above. We Fools don't all hold the same opinions, but we all believe that considering a diverse range of insights makes us better investors. The Motley Fool has a disclosure policy.

The Most Promising Dividends in Tobacco

Which Tobacco Stock Is a Buy Today? 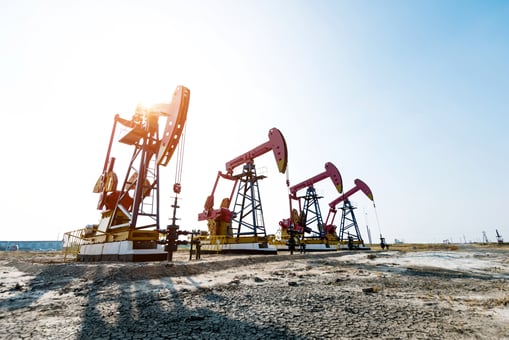