There will be fallout.

Here's something you don't see every day: a major executive shakeup at the upper echelons of the largest technology company on Earth.

Well, that's exactly what just happened at Apple (AAPL 1.30%). The Mac maker has now announced that two important executives are leaving the company in what it's calling a change to "increase collaboration across hardware, software, and services." Execs Jony Ive, Bob Mansfield, Eddy Cue, and Craig Federighi are seeing their positions expand, while Scott Forstall and John Browett are departing. Here's what each of these execs was previously responsible for.

Interestingly, Mansfield nearly retired just four months ago as SVP of hardware engineering, transitioning those duties to Dan Riccio. That decision didn't go over too well internally, with Mansfield's subordinates feeling Riccio wasn't ready for the job. That led CEO Tim Cook to offer Mansfield a $2 million per month cash-and-stock pay package to stay as an advisor and extend the transition. Now Mansfield is taking on even more responsibilities, leading a new "Technologies" group, which will include semiconductor development and other wireless teams.

Make no mistake: This is a major shakeup.

Forstall's fall
Scott Forstall was personally hired right out of graduate school by Steve Jobs to work for NeXT Computer. When Apple acquired NeXT in the historic deal that brought its co-founder back to Cupertino, Forstall came as part of the package.

When Apple was building the iPhone, he was tasked with condensing OS X into the mobile operating system that would become iOS, competing directly with former iPod exec Tony Fadell, who was beefing up the iPod's OS as a candidate. Over the years, his power within the company rose in accordance with the importance of iOS, which powers the iPhone and iPad. Those two product families combined have generated nearly $113 billion in sales over the past 12 months, or 72% of TTM sales.

Forstall has been referred to "mini-Steve" (he even drove the same car as his mentor) and had even been named as a potential CEO successor after Cook. He's also known for being incredibly difficult to work for and with.

Apple's recent skeuomorphism binge, the cheesy design philosophy of replicating ornamental interface elements that imitate older functionalities but are no longer needed, ties back to him. In contrast, Google (GOOGL -0.27%) and Microsoft (MSFT 1.47%) have pursued more modern, minimalist design directions in Android and Windows Phone, respectively -- two qualities Apple is known for.

Think the faux leather in the Calendar and Contacts apps. Or the paper shredder in the Passbook app. Or the tape deck reels in the Podcasts app. These are here because Forstall has a thing for them (Jobs did too). 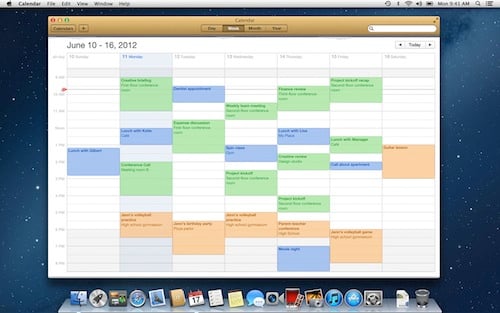 Its usage has been highly controversial among design pundits and Apple's internal designers, and Ive disdains the practice. When The Daily Telegraph asked him about skeuomorphism earlier this year, he winced and emphasized his role in hardware design, adding: "In terms of those elements you're talking about, I'm not really connected to that."

This is why the news that Ive is now leading "Human Interface" is so potent. It invokes imagery of an internal struggle over Apple's design direction culminating in a standoff -- and Ive won. iOS development will be rolled under Federighi's umbrella alongside OS X.

Within the past year, Apple has released two key services that it billed as game-changers that then subsequently flopped: Siri and Maps. It was Forstall's call to acquire Siri back in 2010, and while the in-house Maps app has been in development for years, dating back to Jobs' days, its premature release likely tied back to Forstall. As online services, Siri and Maps are both being put under Cue's watch. When the Maps debacle escalated, Forstall reportedly refused to sign Apple's public apology, which is why you'll find Tim Cook's name on it. This last act of defiance was seen as the final straw.

In April, Forstall unloaded approximately $38.7 million in Apple shares, leaving him with approximately 3,000 shares held directly and an additional 250,000 unvested restricted stock units. At Friday's close of $604, that's worth over $150 million. Forstall will serve as an advisor to Cook and then leave next year, so the status of these RSUs is unclear. I wouldn't be surprised if this is a decorative title and Cook is simply letting him wait until some or all of these RSUs vest.

Google or Microsoft would certainly welcome Forstall with open arms, at least if he's willing to leave skeuomorphism at the door. 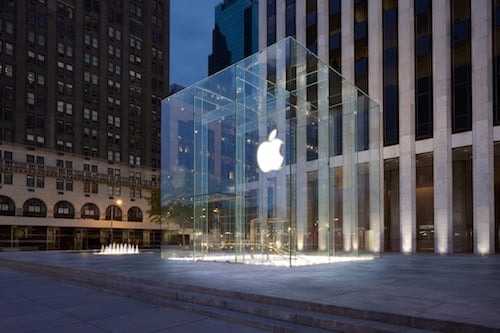 His short time was marked by numerous low-profile missteps, including a report that he was trying to cut costs to improve retail margins. Apple's probably the last retailer on Earth that needs to worry about cost-cutting, especially if that results in a worse retail experience. Browett simply doesn't seem to have been a good fit.

Apple will be looking for a replacement, and retail will report to Cook in the meantime.

Fallout
Management shake-ups tend to rattle investors, due to transitional uncertainties and fears that there are deeper internal problems. That's particularly true for Apple as one of the most heavily scrutinized companies on the planet, so some near-term weakness won't be a surprise.

There will be fallout, but hopefully the net result will be positive for Apple. Under Forstall, iOS has lacked meaningful interface design innovation over the past couple years, while Android has excelled in this regard (in part because it hired Matias Duarte out of Palm's ashes in 2010). Forstall could consider defecting to the enemy, if Big G would have him.

At the very least, users can bid farewell to the yellow legal pad in the Notes app.