Investing isn't easy. Even Warren Buffett counsels that most investors should invest in a low-cost index, like the S&P 500. That way, "you'll be buying into a wonderful industry, which in effect is all of American industry," he says.

Step on up, MGE Energy (NASDAQ:MGEE).

MGE Energy shares have outperformed the S&P 500 over the last quarter-century, and with less volatility: 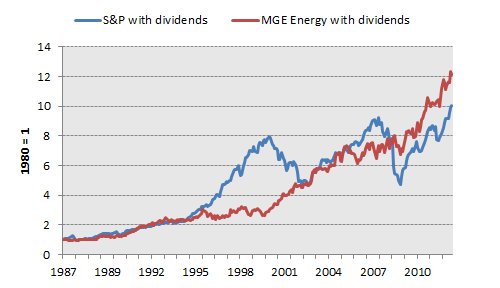 Now have a look at how MGE Energy earnings compare with S&P 500 earnings: 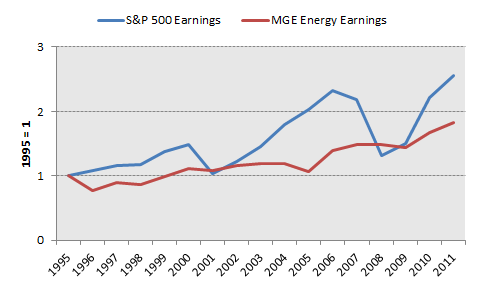 Some underperformance here, but that's expected from a utility. Since 1995, MGE Energy's earnings per share have increased by an average of 3.8% a year, compared with 6% a year for the broader index.

What's that meant for valuations? MGE Energy has traded for an average of 16 times earnings since 1987 -- below the 24 times earnings for the broader S&P 500.

Of course, the important question is whether that will continue. That's where you come in. Our CAPS community currently ranks MGE Energy with a five-star rating (out of five). Care to disagree? Leave your thoughts in the comment section below, or add MGE Energy to My Watchlist.