Disney (NYSE:DIS) hasn't said it, but it's jealous.

When it saw attendance spike by 20% at Universal Orlando's Islands of Adventure two years ago -- something that has never happened at one of Disney's own gated attractions -- it knew that it needed to respond.

The catalyst at the park that is now majority-owned by Comcast (NASDAQ:CMCSA) was the addition of The Wizarding World of Harry Potter. The land, themed to J.K. Rowling's seven-book and eight-film series of a young wizard coming into his own in a battle of good against evil, features richly themed shops, restaurants, and rides. Islands of Adventure was a reasonably popular park before the addition, but now it has become a "can't miss" destination for tourists trekking out to Central Florida.

Disney isn't afraid to spend money to improve its parks, but it was in a lull until the Potter-fueled spark sent tourists flocking to a rival park just 15 minutes away from its Florida resort.

In a mad scramble to find a property that could potentially be even bigger than Potter, Disney announced a partnership last year to develop a themed land at its fledgling Animal Kingdom park devoted to News Corp.'s (NASDAQ:FOXA) Avatar.

Anyone who doesn't see last week's surprise $4.05 billion purchase of Lucasfilm as a move that ends in a themed Star Wars area at Disney parks simply isn't bothering to connect the dots.

However, the Avatar and Star Wars franchises won't be making their debuts until 2015 or 2016 at the earliest. Can Disney afford to wait that long to breathe new life into its parks?

It may not have to wait.

A tale as old as time
I took advantage of the first Disney World passholder preview of the New Fantasyland over the weekend. The park's expansion has been opening intermittently for guests since October, but as the official opening nears in a few weeks, more of the area's attractions are starting to come online.

A slow-moving The Little Mermaid ride and a walk-through Beauty and the Beast storytelling show are the two signature attractions, but since they aren't exactly E-tickets by Disney's own standards, the real draw here will be the Be Our Guest restaurant until the Snow White mine coaster opens in early 2014.

The massive eatery themed to Beauty and the Beast finally began serving food during my visit. It serves counter-service sandwiches, soups, and salads by day. A more foodie-centric menu with table service kicks in at night.

The food -- at least the simple lunch options -- aren't overly impressive. Who serves a croque monsieur on whole-wheat bread without a baked cheese topping, only to pair it up with the same limp fries that Disney's been serving throughout its parks for decades? 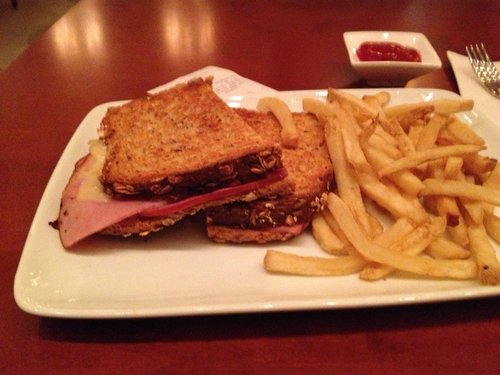 However, the ambiance is where the restaurant truly nails it.

The grand ballroom is majestic, and animated snow falls in the background. The gallery is a well-lit dining room where colorful paintings surround a sculpture of Beast and Belle dancing. The coolest dining room is the West Wing, where the wilting rose is on display in a dark setting as the Beast-gashed portrait and coat of arms look on.

There's also a neat tech twist for lunch guests. A "rose" with an RFID chip is used to assist the hungry as they peck out their orders on touch screens. Yes, a few of Disney resort eateries are now using self-serve screens, but once the rose is placed on the table it summons the wait staff to roll over your food.

Butting up against Butterbeer
There's also a signature drink in the new land. in the nearby Gaston's Tavern -- where drinks and roasted pork shanks are sold -- there's also LeFou's Brew. Named after Gaston's hapless sidekick in Beauty and the Beast, the alcohol-free drink is actually a foam-topped frozen apple juice beverage with hints of marshmallow, passion fruit, and mango. 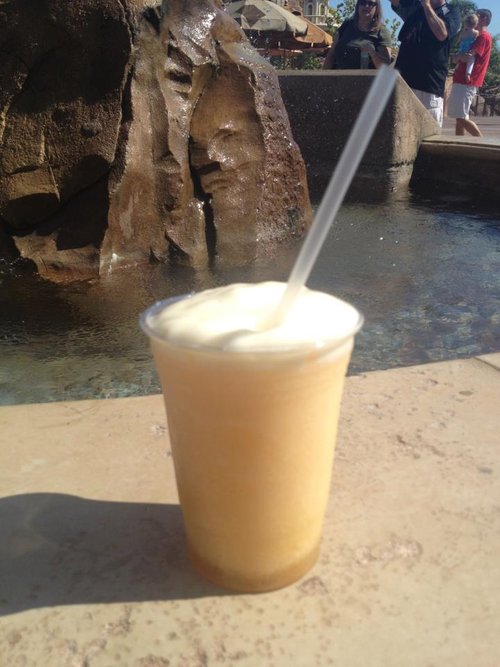 If it proves popular, you can thank the Butterbeer phenomenon at Islands of Adventure. That drink -- best described as chilled or frozen cream soda with a butterscotch kick -- launched when the Potter area opened two years ago. It's a star attraction.

Disney realizes that the ambitious expansion isn't going to please all of its guests. New Fantasyland, in its present form, will be a big draw for families with young girls and diehard Disney fans, but it won't be the more universal -- pardon the pun -- draw that Potter has been for its rival park.

However, expanding aggressively with the addition of Cars Land in California earlier this year and now New Fantasyland in Florida will keep the turnstiles clicking at a time when the economy is starting to show signs of life.

There are so many moving parts to Disney as the world's family entertainment giant that we sometimes overlook improvement in any single division, but this is the kind of move that can be milked throughout its businesses as new attractions open up the door for consumer products and renewed interest in these earlier theatrical releases.

Disney's on the right track. Just wait until we see what happens when it finally learns how to make a good sandwich.