Step on up, Tennant (NYSE:TNC).

Tennant shares have outperformed the S&P 500 over the past quarter-century: 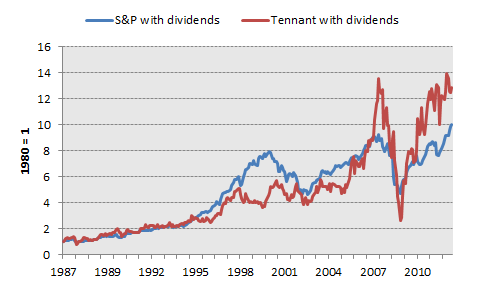 Now have a look at how Tennant earnings compare with S&P 500 earnings: 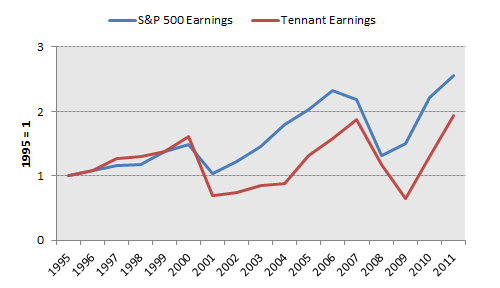 Some underperformance here. Since 1995, Tennant's earnings per share have increased by an average of 4.2% a year, compared with 6% a year for the broader index.

What's that meant for valuations? Tennant has traded for an average of 24 times earnings since 1987 -- about equal to the broader S&P 500. It's different today, however. Tennant shares current trade for around 15 times next year's expected earnings.

Of course, the important question is whether that will continue. That's where you come in. Our CAPS community currently ranks Tennant with a five-star rating (out of five). Care to disagree? Leave your thoughts in the comment section below, or add Tennant to My Watchlist.