Stanley Black & Decker shares have roughly matched the S&P 500 over the past quarter-century: 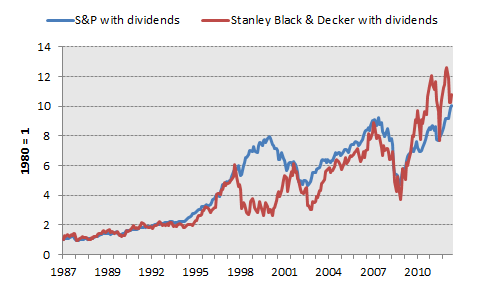 Now have a look at how Stanley Black & Decker earnings compare with S&P 500 earnings: 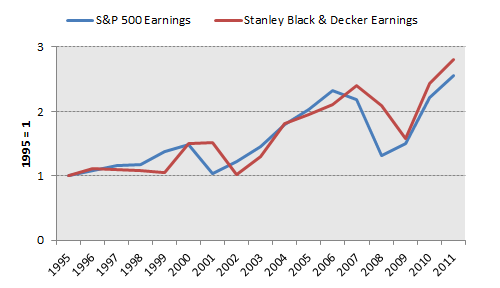 Some outperformance here. Since 1995, Stanley Black & Decker's earnings per share have grown by an average of 6.7% a year, compared with 6% a year growth for the broader index.

What's that meant for valuations? Stanley Black & Decker has traded for an average of 19 times earnings since 1987 -- below the 24 times earnings for the broader S&P 500.

Through it all, shares have been average performers over the past quarter-century.