Happy Black Friday! There are more good news articles, commentaries, and analyst reports on the Web every week than anyone could read in a month. Here are the eight most fascinating ones I read this week. 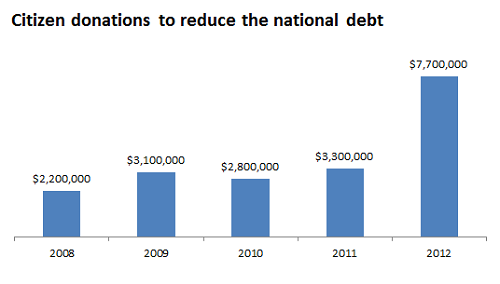 This year's donations represent "just 0.000007% of the approximately $1.1 trillion deficit the U.S. ran in the latest fiscal year," the author writes.

Loving volatility
Black Swan author Nassim Taleb has a must-read piece in The Wall Street Journal on how to benefit from volatility:

Some businesses and political systems respond to stress better than others. The airline industry is set up in such a way as to make travel safer after every plane crash. A tragedy leads to the thorough examination and elimination of the cause of the problem. The same thing happens in the restaurant industry, where the quality of your next meal depends on the failure rate in the business -- what kills some makes others stronger. Without the high failure rate in the restaurant business, you would be eating Soviet-style cafeteria food for your next meal out.

These industries are antifragile: The collective enterprise benefits from the fragility of the individual components, so nothing fails in vain. These businesses have properties similar to evolution in the natural world, with a well-functioning mechanism to benefit from evolutionary pressures, one error at a time.

Greedy when others are fearful
Matt O'Brien of The Atlantic shares an amazing statistic: Year to date, the Greek stock market is vastly outperforming the Shanghai stock market. "That's the Greek market up 20 percent on the year and the Chinese market down 10 percent," he writes. He continues:

Don't move your retirement money into Greek equities just yet. The Athens index fell nearly 90 percent from its 2007 peak to its 2012 low, before it rebounded in the second half of the year once the threat of an immediate euro exit passed. In other words, it's up off a very low base thanks to politics, not economics.

It's amazing nonetheless, and it shows how company (or country) performance can deviate far from stock performance. Another example: Bank of America (NYSE:BAC) is up 75% this year, while Google (NASDAQ:GOOGL) is about flat.

Incredible potential
There is a monster energy boom going on in America today, with much of the growth in recent years coming from North Dakota. Business Insider points out what region might be next: "According to the EIA, the Monterrey Formation, which covers an enormous chunk of Southern California and terminates near Santa Barbara, has 15.4 billion barrels of recoverable crude -- four times as much as the Bakken formation in North Dakota."

Well put
Mark Bertolini, CEO of Aetna (NYSE:AET), gives a great example of how screwy our health care system is:

Imagine a supermarket where you go in with your cart and pull items off the shelf with no prices on them. You take it up to the counter. It's scanned. The clerk swipes your card and says, "In 30 days you'll get your credit card bill, and you'll know how much your groceries cost." Would you shop there? But that's how the health care system works. We need to create transparency in the system so people can understand how much health care costs. 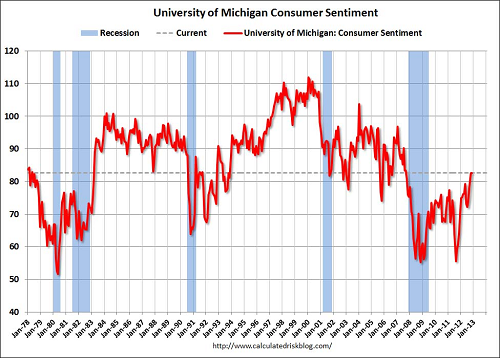 Peering over the edge
Treasury Secretary Tim Geithner gives a talk on the fiscal cliff: