Did you know there was such a thing as a Steve Jobs patent? I didn't until I read in FOSS Patents, Florian Mueller's software patents blog, that the United States Patent and Trademark Office had found invalid all 20 claims made under what many people have called the Steve Jobs patent, a "touch screen device, method, and graphical user interface for determining commands by applying heuristics." 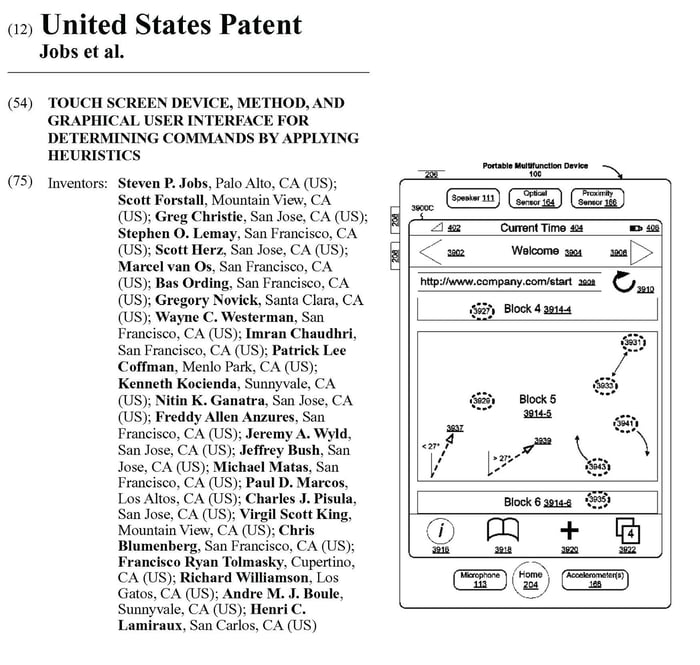 Though not the official name for Apple's multitouch patent (that would be U.S. Patent No. 7,479,949), because the late Apple CEO's name led a list of many inventors on the patent application -- and certainly because of Jobs' almost-mythic status as the company's visionary leader -- it seems a fitting moniker.

Even Apple's (NASDAQ:AAPL) own lawyers have referred to it as "the Steve Jobs patent," wording found objectionable by Judge Richard Posner in an Apple v. Motorola pre-trial ruling he made six months ago.

Judge Posner was concerned that Apple would try to pit the adoration of Apple's iPhone, iPad, and other devices (and the public's admiration of Steve Jobs) against Motorola and its parent company Google (NASDAQ:GOOGL). Anything that would confuse and distract the jury from the technical issues of the dispute, he would disallow from being presented in court.

"More broadly, I forbid Apple to insinuate to the jury that this case is a popularity contest and jurors should be predisposed to render a verdict for Apple if they like Apple products or the Apple company or admire Steve Jobs, or if they dislike Motorola or Google," the judge ordered.

But, in the recent conclusion regarding the Steve Jo-- I mean, Patent No. 7,479,949, the USPTO finding was a first Office action, one that is preliminary and non-final. It could be reinstated under reexamination.

This was the second first Office action against an Apple patent in less than two months. In October, the USPTO tentatively found that the 20 claims in Apple's rubber-banding patent (No. 7,469,381) were invalid. That ruling certainly pleased Samsung, which had lost a judgment last summer brought against it by Apple, a ruling that hinged on one of that patent's claims.