In no particular order...

1. As of January 2013, there are 16 people left in the world who were born in the 1800s, according to the Gerontology Research Group. With dividends reinvested, U.S. stocks have increased 28,000-fold during their lifetimes.

2. If you divide their net worths by their age, Carlos Slim and Bill Gates have each accumulated more than $100,000 in net worth for every hour they've been alive. 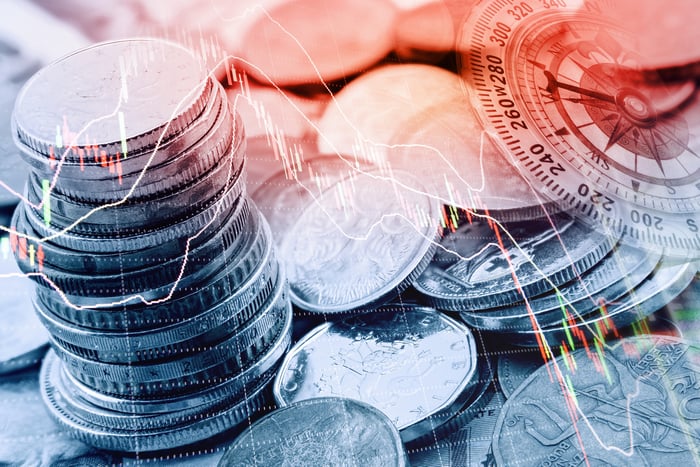 3. According to Forbes, if a Google (NASDAQ:GOOGL) employee passes away, "their surviving spouse or domestic partner will receive a check for 50% of their salary every year for the next decade."

4. According to the Deutsche Bank Long-Term Asset Return Study, the last time interest rates were near current levels, in the 1950s, Treasury bonds lost 40% of their inflation-adjusted value over the following three decades.

5. According to a study by Harvard professor David Wise and two colleagues, 46.1% of Americans die with less than $10,000 in assets.

6. There are 3.8 million fewer Americans aged 30 to 44 today than there were a decade ago.

7. Related: The population of Americans aged 30 to 44 is about to start increasing for the first time since 2000.

9. "U.S. oil production grew more in 2012 than in any year in the history of the domestic industry, which began in 1859," writes Tom Fowler of The Wall Street Journal.

11. Start with a dollar. Double it every day. In 48 days you'll own every financial asset that exists on the planet -- about $200 trillion.

13. Adjusting for inflation, Warren Buffett was a millionaire by age 25.

15. "97% of the world's population now lives in countries where the fertility rate is falling," writes author Jonathan Last.

18. Dell (NASDAQ:DELL.DL) "has spent more money on share repurchases than it earned throughout its life as a public company," writes Floyd Norris of The New York Times.

20. The International Labour Organization estimates a record 200 million people will be unemployed around the world in 2013. If you gave them their own country, it would be the fifth-largest in the world.

23. Apple's cash and investments are now equal to the GDP of Hungary and more than those of Vietnam and Iraq.

25. In December, a start-up called Contrail Systems was purchased for $176 million two days after it launched.

26. U.S. charitable giving was $298 billion in 2011, according to the Giving USA Foundation. That's more than the GDP of all but 33 countries in the world.

28. "Globally, the production of a given quantity of crop requires 65% less land than it did in 1961," writes author Matt Ridley.

29. Thanks in large part to cellphone cameras, "Ten percent of all of the photographs made in the entire history of photography were made last year," according to Time.

32. Fortune magazine published an article titled "10 Stocks To Last the Decade" in August, 2000. By December 2012, the portfolio had lost 74.3% of its value, according to analyst Barry Ritholtz.

34. According to a study by Environics Analytics WealthScapes, the average Canadian household is now richer than an average American household for the first time ever.

35. The 100 largest public pension funds alone have $1.2 trillion of unfunded liabilities, according to actuarial firm Milliman.

36. According to a study by four economists from Cornell, Carnegie Mellon, and Vanguard, "the number of investors who check their accounts drops by 8.7% following a market decline compared to a market increase."

38. Cambridge Associates estimates that 3% of venture capital firms generate 95% of the industry's returns. It adds that there is little change in the composition of those 3% of firms over time.

39. Growth in America's energy output since 2008 has surpassed that of any other country in the world, according to energy analyst Daniel Yergin.

44. According to California Common Sense, "Over the last 30 years, the number of people California incarcerates grew more than eight times faster than the general population."

45. One in seven crimes committed in New York City now involves an Apple product being stolen, according to NYPD records cited by ABC News.

48. According to economist Glen Weyl, "Of Harvard students graduating in early '90s and pursuing careers in finance, 1/3 were making over $1 million a year by 2005."

49. According to the Center for Economic and Policy Research, 44% of those working for minimum wage in 2010 had attended at least some college, up from 25% in 1979.

51. According to a study by two Yale economists, if state and local governments acted like they had in the last five recessions, they would have added at least 1.4 million jobs since 2007. Instead, they cut more than 700,000.

53. In 2011, Asia had more millionaires than North America for the first time ever, according to RBC Wealth Management.

55. The IRS estimates that illegal tax-evasion reduced government tax revenue by $450 billion in 2006 (the most recent year calculated). That's roughly equal to what the government spends annually on Medicare.

56. According to The Wall Street Journal, "The average monthly mortgage payment on a median-price home in October, assuming a 10% down payment, fell to $720 at prevailing rates, down from nearly $1,270 at the end of 2005."

57. According to a study by Edward Wolff published in the Bureau of Economic Research, the inflation-adjusted median net worth of American families in 2010 hit the lowest level since 1969.

58. "Household debt is now 163.4% of disposable income in Canada, close to the U.S. level at the height of the subprime crisis," writes The Wall Street Journal.

60. The International Energy Agency predicts that the U.S. will become the world's largest oil-producer by 2020, overtaking Saudi Arabia.

61. According to CNBC wealth reporter Robert Frank, the population of millionaires in America is now at or above its 2007 high.

63. Public filings show that Federal Reserve Chairman Ben Bernanke has owned stock in just one individual company over the last decade: Altria Group (which he sold in 2004).

64. Renaissance Technologies, a hedge fund run by James Simons, has allegedly produced average returns of 80% a year since 1988 (before fees), according to Bloomberg. That would turn $1,000 into $2.4 billion in 25 years.

65. The S&P 500 has returned about 9% a year over the long run, but few years see returns even close to that. Since 1871, the index has risen or fallen more than 20% in one out of every three years. Less than one out of every five years sees a gain of between 1% and 9%.

66. Since U.S. markets bottomed in March 2009, more than $8 trillion of lost wealth has been recouped.

69. The share of an average U.S. household budget going toward gas in 2012 was nearly 4%, tying for the highest level in almost three decades, according to Energy Information Administration figures cited by The Guardian.

70. "Of the Americans who earn over $150,000, 82 percent had a bachelor's degree. Just 6.5 percent had no more than a high school diploma," writes Catherine Rampell of The New York Times.

71. According to a survey by Paola Sapienza and Luigi Zingales, effectively all economists agreed that stock prices are hard to predict. Only 59% of average Americans felt the same way.

72. According to the IMF, if Japan's female labor-participation rate rose to levels of Northern Europe, its per-capita GDP could be permanently increased by 8%.

73. Credit card debt as a percentage of GDP is now at the lowest level in two decades.

74. The Energy Information Administration predicts that U.S. oil imports will fall to 6 million barrels a day next year -- their lowest level in 25 years.

75. According to economist Stephen Bronars, the new 39.6% federal tax bracket will only affect 0.7% of taxpayers but will hit 9.5% of aggregate personal income, as top earners earn a disproportionate share of the national income.

76. From 2001 to 2007, new-home construction outpaced household formation by more than 3 million homes.

80. According to The Wall Street Journal, 49.1% of Americans live in a household "where at least one member received some type of government benefit in the first quarter of 2011."

81. According to New York Times writer Binyamin Appelbaum: "Average months between US recessions since 1854: 42. Months since last recession: 42."

83. "By 2050, workers' median age in China and Japan will be about 50, a decade higher than in America," writes Robert Samuelson.

84. Of the 3.1 million students who graduated high school in 2010, 78.2% received their diplomas on time, according to the National Center for Education Statistics. That was the highest percentage since 1974.

86. According to Wired magazine, "In a 2006 survey, 30 percent of people without a high school degree said that playing the lottery was a wealth-building strategy. ... On average, households that make less than $12,400 a year spend 5 percent of their income on lotteries."

87. According to David Wessel of The Wall Street Journal, Americans "spend about half of their food budgets at restaurants now, compared to a third in the 1970s."

88. We are used to hearing how much faster the earnings of the top 1% grow compared with everyone else's, but we often forget that it used to be the other way around. From 1943 to 1980, the annual incomes of the bottom 90% of Americans doubled in real terms, while the average income of the top 1% grew just 23%, according to Robert Frank.

90. According to David Leonhardt, median family incomes have fallen substantially over a decade for the first time since the Great Depression. "By [2011], family income was 8 percent lower than it had been 11 years earlier, at its peak in 2000."

91. The rise in domestic energy-production has already shaved $175 billion off our annual import bill compared with five years ago, according to energy analyst Daniel Yergin.

92. Federal nondefense discretionary spending -- all spending minus defense and entitlements -- is on track to hit its lowest level as a share of GDP in more than 50 years, according to data from the Congressional Budget Office.

93. Bonds have become so richly valued that UBS is reportedly reclassifying brokerage clients who are overweight bonds as "aggressive" investors -- most likely to avoid future lawsuits if and when bonds lose value.

94. According to The Economist, "Over the past ten years, hedge-fund managers have underperformed not just the stock market, but inflation as well."

95. According to Bloomberg, "Americans have missed out on almost $200 billion of stock gains as they drained money from the market in the past four years, haunted by the financial crisis.

100. The unemployment rate for those with a bachelor's degree is just 3.7% -- less than half the nationwide average.