I am more convinced than ever that all investment mistakes are really investor mistakes.

For the most part (fraud being a notable exception), investments don't make mistakes, investors do.

There's a reason why what we're doing is referred to as investing. When you invest, you're making a choice, a commitment. That's the part we often forget. At some point, we said yes to the investment. Everything leading up to that point was something we had control over, including whether we asked about more than just the investment's past performance.

We're quick to focus on the reward, but fail to appreciate the consequences of our choice. If an investment performs well, we like to think, "I picked a winner." If it's the reverse, and the investment fails, it's someone else's fault. 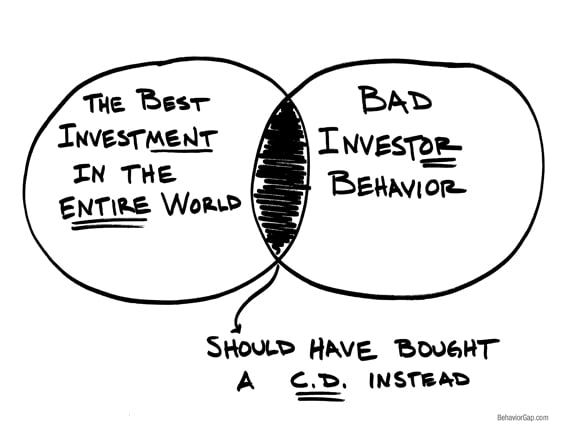 This reminds me of the time that I was mowing the lawn as a child, and I hit a sprinkler head with the mower. I remember running inside to tell my mom that the lawnmower had hit the sprinkler head. She patiently taught me that lawnmowers don't hit sprinklers, 10-year-old children do.

We do the same thing when it comes to investing. If we haven't done our research (figured out where the sprinklers are) and we behave poorly (run over the sprinklers), we're not going to like the results.

And we can't blame the investment for our decisions. At some point, we must accept responsibility. Otherwise we'll keep making the same mistake since we're blaming the investment rather than accepting responsibility for our choices. And if that's the case, we'd be better off in a certificate of deposit.