Early leaks hint that Facebook is pursing exactly the right mobile strategy by partnering with OEMs to integrate the social network.

We're now just two days away from a media event that social networker Facebook (FB 1.18%) is hosting. Despite intense competition with Google (GOOGL -1.34%) on the ad front, the main topic will be something related to Android. The event's tag line makes it clear: "Come see our new home on Android." 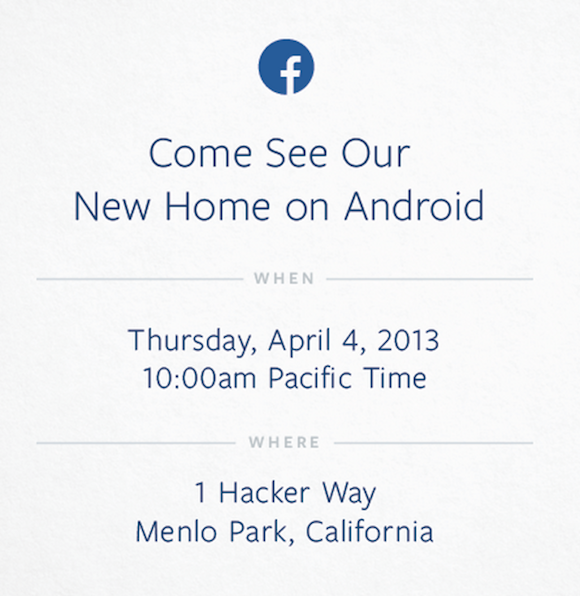 While speculation has persisted for years that Facebook has been exploring a bona fide first-party Facebook Phone, that strategy has simply never made sense for the company. Even Mark Zuckerberg knows it, so investors can promptly rule out that possibility.

There's also been talk that Facebook could fork Android in much the same way that Amazon has with its Kindle Fire family of tablets, although the problem there is that Facebook doesn't have the necessary content pieces to launch a full-blown smartphone platform of its own.

Both The Wall Street Journal and The New York Times have pitched in with rumors of what Facebook has up its sleeve.

The only remaining possibility, then, is for Facebook to pursue a new level of integration with an existing platform in an effort to expand its reach and bolster user engagement. For example, Facebook inked an important deal with Apple to get the social network integrated directly into both iOS and OS X. Nokia also unveiled the Asha 205 last year, which features a dedicated Facebook button, a device similar to the HTC ChaCha that was launched a couple years ago.

Chances are that Facebook is hooking up with HTC again for a new smartphone dubbed "Myst." Android Police was able to procure a system software dump of the unreleased device, and it appears that "Facebook Home" will be a launcher replacement for Android that taps directly into numerous Facebook apps and social services. Facebook Home will be built on top of HTC's Sense 4.5, an older version of the OEM's custom software layer.

The mid-range device looks like it will sport a previous generation Qualcomm Snapdragon and run on AT&T's network. There is also indication that Facebook Home is being built to support other Android layers, such as Samsung's TouchWiz, which hints at a broader Google Play release.

By the looks of it, Facebook Home is exactly the strategy that Facebook should be pursuing: partnering with as many OEMs as possible to expand its reach and strengthen its network effects while leaving hardware to the OEMs.