The iPad debuted just three years ago and the tablet market has grown ever since. Apple has lost some of its tablet dominance since the iPad launch, but the product is still one of the company's crown jewels.

The iPad launched three years ago yesterday, and it was a monumental day in the short history of tablet computers. Apple investors have been on a wild ride since 2010, but let's take a look at how one of Apple's (AAPL -1.92%) most innovative products has fared over the past few years.

First, let's take a look at the all-important unit sales numbers. As if it wasn't already obvious that the iPad's been a huge hit, sales have increased dramatically each year, even with some quarters remaining flat or even dipping. 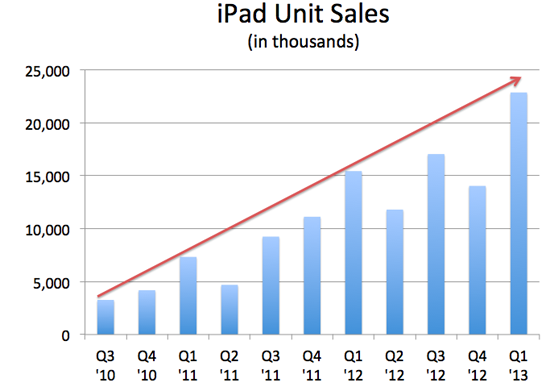 From 2011 to 2013, Apple has increased iPad sales by almost 212% -- not too shabby. Despite increased competition in the tablet market, Apple has managed to sell a boatload of iPads, and continues to do so. 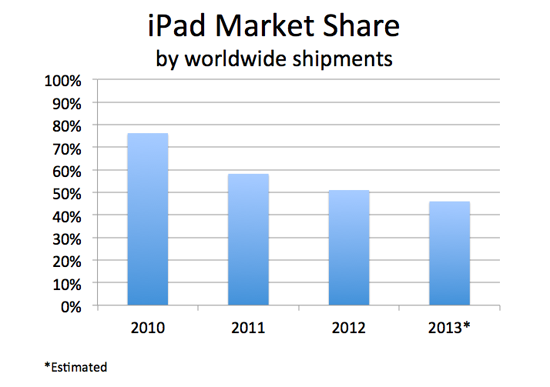 Of course, Apple investors don't like to see declining market share. But it's arguable that at least part of the decline was inevitable, considering that the iPad was one of the first successful tablet launches, and others were bound to launch tablets in its wake.

Despite the iPad's declining market share, the product has become one of the cornerstones of Apple's business. According to the company's Q1 2013 earnings report, the iPad brought in $10.7 billion this past quarter and is the second-largest revenue generator for the company. 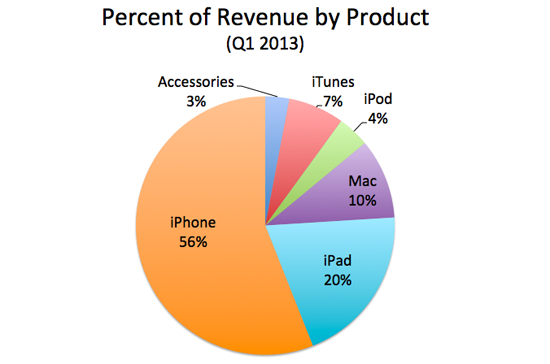 The iPad hasn't become just an important product for Apple and its investors, it's also become the No. 1 way tablet users browse the Internet. The most recent figures have the iPad taking up 81% of all tablet Internet traffic in North America.

Looking ahead
Apple has made a lot of changes to the iPad since its initial launch, one of the most notable being the introduction of the iPad Mini. One issue for investors is that the Mini starts at a much lower price point, resulting in a lower profit margin, and some of the latest data from Display Search shows that tablet consumers may prefer smaller tablets to larger ones. From December 2012 to January 2013, shipments of 9.7-inch tablets (original iPad size) dropped by more than 6 million, while small tablets measuring 7- to 9-inches increased from 12 million to 14 million.

The shift from larger tablets to smaller ones could be both a positive and a negative for Apple. Smaller-tablet demand could lead to higher Mini sales, but also lower profits than if regular iPads were in higher demand. With a plethora of Android tablets on the market, and intensifying interest in smaller tablets, it seems that Apple launched the Mini just in time. The company's fighting an intense tablet battle, though, and it no longer has the jump on competitors. Regaining tablet market share may be too tough of a fight right now, so investors should at least be looking for positive iPad revenue trends, as well as stable profit margins.