And nearly half of current homeowners (45 percent) say they can see themselves renting at some point in the future.

I'm sure he won't amount to much
Steve Jobs' first boss writes about how unique the Apple (AAPL 0.11%) co-founder was, and what his passing means for the company:

"The truth is that very few companies would hire Steve, even today," Bushnell writes in his book. "Why? Because he was an outlier. To most potential employers, he'd just seem like a jerk in bad clothing."

Bushnell says he is worried that Apple is starting to lose the magic touch that Jobs brought to the company. It's a concern shared by many investors, who have been bailing out of Apple's stock amid tougher competition for the iPhone and the iPad and the lack of a new product line since Tim Cook became the company's CEO shortly before Jobs' death.

Supply and demand
Wal-Mart (WMT -0.61%) averaged 338 employees per store before the recession. Today, it's down to 281 per store. The results, according to The New York Times, are predictable:

Walmart, the nation's largest retailer and grocer, has cut so many employees that it no longer has enough workers to stock its shelves properly, according to some employees and industry analysts. Internal notes from a March meeting of top Walmart managers show the company grappling with low customer confidence in its produce and poor quality. "Lose Trust," reads one note, "Don't have items they are looking for -- can't find it."

Bloomberg has a similar story here.

Another even more powerful approach is to recognize that the problem isn't guns per se, but gun violence. Thus, instead of taxing guns, we should tax gun violence. Basically, this is the same as saying that we should make gun owners liable for any damage their guns do. Not only would this discourage some people from buying guns, it would lead those who do keep guns to be more careful with how they're stored. Indeed, greater care would surely have kept Adam Lanza out of his mother's cache. The problem, though, is that Nancy Lanza is neither with us to pay the damages her gun caused, nor could she afford to pay for the enormous damage her gun wrought in Newtown. And so the only way this solution works is if guns required mandatory liability insurance, much as we force car owners to buy insurance for the damage their machines wreak.

Revenge of the nerds
This is an old article, but one of the best I've seen on what went wrong with Wall Street:

"The financial system nearly collapsed," he said, "because smart guys had started working on Wall Street." ...

"Two things happened. One is that the amount of money that could be made on Wall Street with hedge fund and private equity operations became just mind-blowing. At the same time, college was getting so expensive that people from reasonably prosperous families were graduating with huge debts. So even the smart guys went to Wall Street, maybe telling themselves that in a few years they'd have so much money they could then become professors or legal-services lawyers or whatever they'd wanted to be in the first place. That's when you started reading stories about the percentage of the graduating class of Harvard College who planned to go into the financial industry or go to business school so they could then go into the financial industry. That's when you started reading about these geniuses from M.I.T. and Caltech who instead of going to graduate school in physics went to Wall Street to calculate arbitrage odds."

For years, consumer-product makers could count on extra sales from shoppers who poured in too much detergent with every load. The phenomenon became more pronounced when manufacturers rolled out increasingly concentrated detergent.

But the bubble burst when P&G introduced its new laundry product -- Tide Pods capsules -- which fixed the amount of detergent used per wash and ushered in the era of "unit dose" products. Total U.S. sales of laundry detergents fell 2.1% in the 12 months to March. 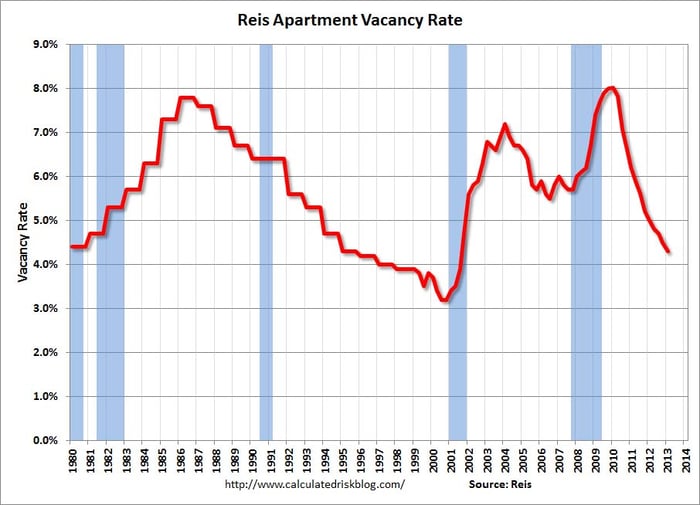 Information superhighway
Via Wonkblog, here's a 1995 video on something new called the "Internet."