EIA estimates retail price per gallon at the pump of $3.63 for the summer, down $0.06 from last year.

Prices at the pump are expected to drop for the second consecutive summer, according to a U.S. Energy Information Administration (EIA) report (link opens in PDF) released today.

After a 34% spike from 2010 to 2011, summer retail gasoline prices bumped down in the summer of 2012 and are expected to drop again this summer. According to EIA's report, drivers can expect an additional $0.06 shaved off this summer's per-gallon cost, putting the average at $3.63, compared to last summer's $3.69 average. 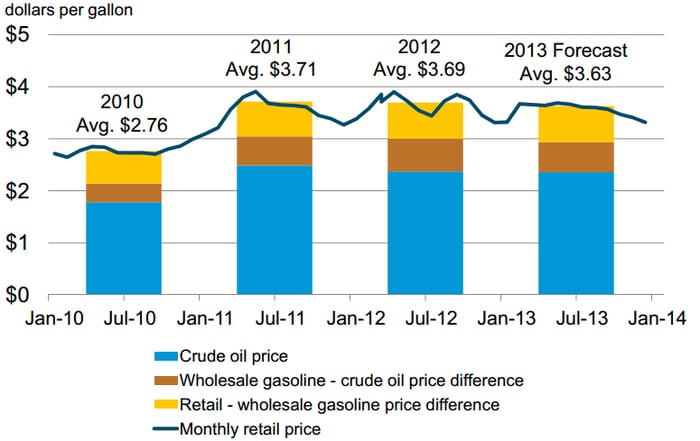 On a regional basis, West Coast pump prices should drop the most, from $4.02 last summer to $3.89 per gallon  this summer. The Midwest and Rocky Mountain regions are expected to receive a $0.09 cut from 2012's pump prices, followed by a $0.04 drop on the East Coast and a $0.02 decrease for the Gulf Coast.