There are lessons to learn from Bitcoin's wild ride.

Yesterday, Bitcoins were worth as much as $260 apiece. They were also worth as little as $100 yesterday. This would certainly qualify as one of the most dramatic crashes of the past few years, if the current price -- around $120 at this writing, and still bouncing around minute by minute -- wasn't an 800% gain over the price of a Bitcoin at the start of the year. So it's a dramatic movement, but not yet a total collapse. It might still get there in a few more days.

What the heck is going on? What is Bitcoin, anyway? And more importantly, what can we learn from it?

Bitcoin is money ... sort of 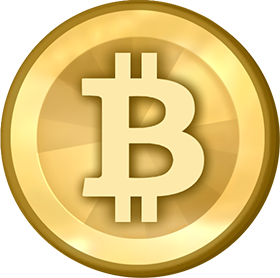 Most people will explain Bitcoin as a "decentralized peer-to-peer cryptocurrency." All that really means is that each Bitcoin is a series of unique numbers created on the Internet by publicly known mathematical processes, without any central oversight beyond the original code. Its perceived "money-ness," and thus, the source of its value, comes from convincing other people and organizations to adopt it as a method of payment or a medium of exchange. A Bitcoin does not technically exist in the real world the way the dollar in your wallet does, and it has no government backing, so its support is entirely faith-based -- which may explain why the small core of true Bitcoin believers behave rather like a cult.

If no one ever uses Bitcoin to buy anything, or transfer money from place to place, then its value is zero, because it's really just a bunch of numbers, generated in a finite quantity, on an online network. If everyone in the world uses Bitcoins, then it would make sense that a Bitcoin would be worth a lot more than it is right now. This is primarily because there will only ever be a finite quantity of Bitcoins created -- 21 million, a number which won't be reached until 2140, even if all the computers in the world start working on making more Bitcoins right now. Some Bitcoins will disappear from circulation, because some people will lose access to their "wallets" and never get them back, further constricting supply. A defined, limited quantity of something will be worth more as demand for that thing increases, right? It's basic economics.

Bitcoin will never actually be money
I'm indebted to Bryan Goldberg for the framework of the following explanation, which I'll liberally crib from his excellent and devastating Bitcoin critique on Pando Daily.

If you have a dollar in your pocket, and you think that dollar will actually be worth $1.25 tomorrow, and $1.57 the next day, and will keep increasing in value by about 25% per day after that, are you going to spend it? You might, if you absolutely had to, but you wouldn't otherwise -- you'd want to take advantage of the greater purchasing power of your dollar at the point of its maximum value. In the meantime, the increasing value of your dollar means that everything you can buy with the dollar will have to decrease in price. The coffee you bought for $5.50 is suddenly worth $4.25, then $3.15; eventually it's worth just $0.05, because the dollar itself is actually worth $110. Every dollar is that much more valuable. Eventually, you might even be able to buy a house with $1.00; but why would you want to, if you thought you could buy two houses tomorrow? You'd only pull out that dollar to spend it when you absolutely had to, or when you thought it would never get more valuable.

In the meanwhile, all the loans and debts that were taken out around the world when your dollar was worth a dollar are still priced at the same level, but since your dollar is worth so much more now, what once took five years to pay off might now take five centuries. If you have any debts -- and let's face it, virtually everyone has some -- the last thing you want is for the value of your money to keep going up while the cost of your loan stays the same. Your bank doesn't care that a house costs $1.00 now. You took out a loan for $100,000 to buy that house, and that's how much you need to pay, even though you could be a real-life Monopoly guy if you had $100,000, and you're now making only three figures instead of six.

That's why almost no one ever uses Bitcoin to buy anything, and why no one ever will. One of the most famous early Bitcoin transactions was the purchase of a pizza for 10,000 Bitcoins in mid-2010, when each Bitcoin was only worth a fraction of a cent. That pizza is still worth over $1 million today, after the crash. Why would anyone ever buy a pizza with Bitcoin again, knowing that? In a deflationary death spiral of this magnitude, everyone winds up hoarding their precious Bitcoins until everyone with just one Bitcoin becomes a Bitcoin billionaire, and everyone else ... well, they can make useful servants in the new Bitcoin economy, I suppose.

But here's one problem with the expectation of permanent valuation growth in the Bitcoin economy. The only reason why Bitcoin increases in value is because of a faith in its continued adoption -- hence the depiction of Bitcoin as a cult earlier. It's not backed by anything except programmed scarcity, and a rather simplistic level of cryptography, and so the rise and fall of Bitcoin is nothing more than a real-time example in the madness of crowds and the greater fool theory (in which you'll always be able to find some dummy willing to pay more than you paid), played out hour by hour, day by day. Will more online stores accept my Bitcoin tomorrow? More people will want my Beanie Baby next week! How many florins will this lovely tulip bulb fetch me? 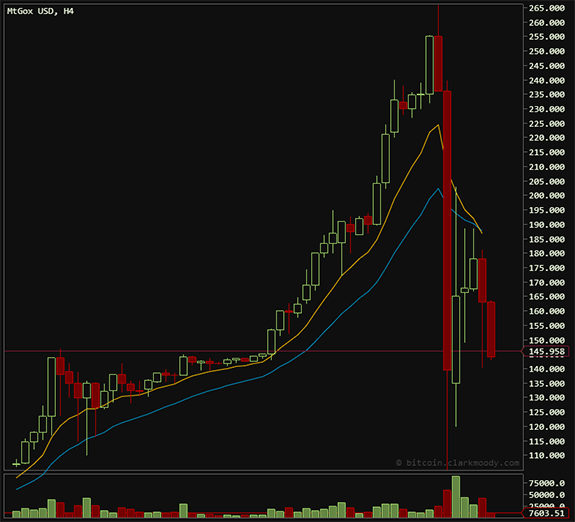 The perception of value
But wait! Doesn't Bitcoin have some value? Well, yes -- it's presently useful to launder money and buy drugs on the Internet. Also, you can buy socks made from alpaca hair and tip people who entertain you on Reddit. But none of these uses rise close to the level of necessity, and none of the perceived advantages of Bitcoin -- anonymity, scarcity, security (in theory), divisibility -- are unique. Anyone with a reasonable level of cryptographic knowledge could go out and create a Bitcoin alternative right now.

In fact, some people already have. Venture capital funds, which are apparently getting desperate for something to invest in besides social media, are already plowing their "useless fiat currencies" into other cryptography-based Bitcoin competitors like OpenCoin. Since Bitcoin is still far too early in its adoption and far too thinly traded to have anything resembling a moat, it's at great risk of losing support to other decentralized digital currencies that offer fewer flaws and easier access. Right now, people buy a Bitcoin because they think it'll be worth more tomorrow. They only think that because they expect more people to use Bitcoins in transactions. No transaction advantage, no more buying, no more price appreciation, no more Bitcoin.

Some investors enjoy speculating now and again. There's nothing wrong with that. Some people also like going to Vegas and playing the slots. The important thing to remember, in either case, is that you should never gamble more than you can afford to lose. The official Bitcoin wiki site makes this case when many Bitcoin true believers refuse to accept it:

Bitcoin is a new and interesting electronic currency, the value of which is not backed by any single government or organization. Like other currencies, it is worth something partly because people are willing to trade it for goods and services. Its exchange rate fluctuates continuously, and sometimes wildly. It lacks wide acceptance and is vulnerable to manipulation by parties with modest funding. Security incidents such as website and account compromise may trigger major sell-offs. Other fluctuations can build into positive feedback loops and cause much larger exchange rate fluctuations. Anyone who puts money into Bitcoin should understand the risk they are taking and consider it a high-risk currency. Later, as Bitcoin becomes better known and more widely accepted, it may stabilize, but for the time being it is unpredictable. Any investment in Bitcoin should be done carefully and with a clear plan to manage the risk.

Arguments of the Bitcoin cult
One of the most amusing ironies in Bitcoin's groundswell (or ground-trickle) of support is that most Bitcoin supporters believe very fervently that "government fiat" is bad and unstable because fiat currency is not connected to any underlying asset, and can be manipulated by shadowy forces. But they have no problem telling you, with a straight face, that a currency which went from $15 to $250 and back down to $100 -- a 60% drop in a few hours -- in the span of four months is a secure and stable alternative ... because it's on the Internet?

Let's all convert our dollars to Bitcoins, a currency so secure that more than 10% of it has been hacked and stolen from users in the past two years. It's safe from manipulation, despite the fact that one exchange handles nearly all Bitcoin transactions, and Bitcoin's creator and its earliest adopters "mined" over 10% of all Bitcoins in existence before anyone had really found out about it. It must be stable and secure, because it's on the Internet, and there are never any problems with the Internet, right? Of course, if your Internet goes down -- let's say you live on a little island in the Mediterranean and someone cuts the only fiber line -- it's going to be tough to get your Bitcoins.

Now that you know all these things, ask yourself:

Bitcoin might not disappear, but it's unlikely to be the transformation of money that its true believers would like. When we buy something scarce in the hope that more people will want to buy it tomorrow, all we can hope for is that there's another reason why it's in demand. You might have the last tulip bulb in the world, but what difference does that make if no one else wants a tulip?