Do you live where it's easy to use an alternatively fueled vehicle?

First, a few important notes. While the idea of owning an alternative-fuel vehicle can sound great, the simple truth is that we don't have the infrastructure to support universal adoption. The gain from paying $1.50 less per gallon by using natural gas instead of diesel can be easily wiped out if you have to go several miles out of the way to get it. The use of certain types of alternative fuels has developed more quickly than in others, and certain fuels have found their niche in different parts of the United States. 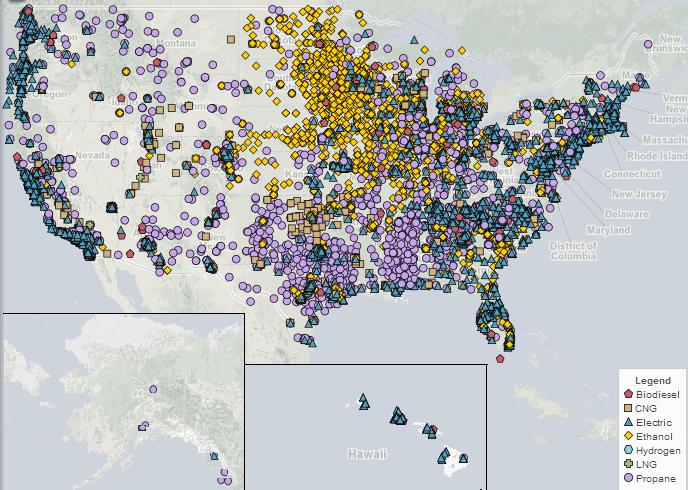 It's easier to have an electric vehicle on the coasts ... 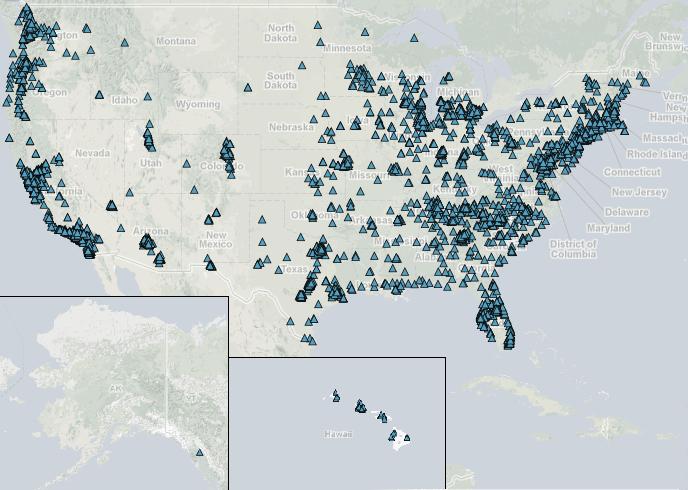 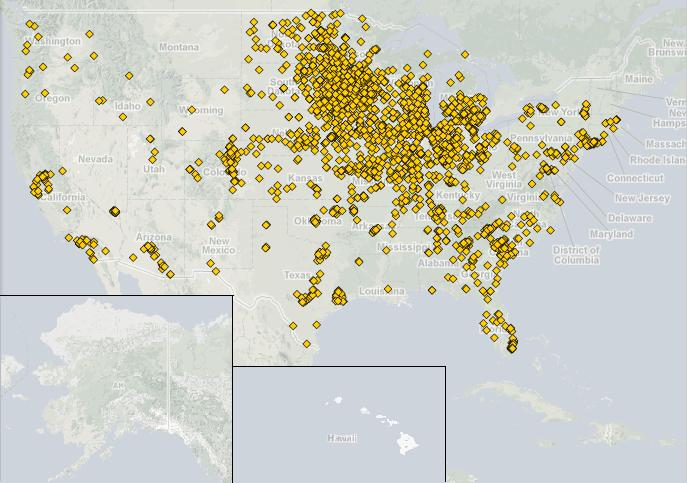 California has by far the most alternative-fueled vehicles by raw numbers, but the sheer size of the population means it will have to settle for fifth place. It should come as no surprise that California is near the top of the list. Its gas prices are some of the highest in the country, and some of the fastest-developing ideas in alternative fuel transportation are happening there. Aside from building one of the more successful electric cars to date, Tesla Motors (TSLA 4.88%) and Solar City (SCTY.DL) are collaborating on solar supercharger stations for Tesla vehicles. The facilities are expected to add a 150-mile charge to a car in 30 minutes, and the charge will be free. The first stations are being rolled out in -- you guessed it -- California, and the company plans to add stations nationwide in the next couple of years.

Hawaiians have perpetually been saddled with high gas prices, and it doesn't look like things are going to get any better. Tesoro intends to shut down its facility in the island state, leaving Chevron (CVX 1.60%) as the only game in town. That, combined with the high costs to ship crude there, has gas prices well north of $4.00 a gallon. As gasoline prices remain high in Hawaii, don't be surprised if more and more drivers make the switch to alternative fuels

Maryland has for the past couple of years developed several incentive programs to lure consumers toward alternative fuels. One of the largest of these incentives is the Maryland Natural Gas Voucher Program, which can be used to refund up to $20,000 of the purchase of a natural gas vehicle. While the state heavily subsidizes the upfront costs, it will still be some time before natural gas will be practical for everyday users. Clean Energy Fuels (CLNE 5.03%) just opened a new fueling station this week, but it's only one of three facilities in the entire state.

It probably isn't a coincidence that one of the top solar-powered states also happens to be one of the largest users of alternative-fueled vehicles, specifically electric. Of the 314 alternative fueling stations in Arizona, more than two-thirds of them are for electric vehicles, in part because of the gains in solar efficiency. First Solar's (FSLR 2.25%) recently acquired Macho Springs project in New Mexico will sell electricity to El Paso Electric for 5.79 cents per kilowatt-hour, less than half of El Paso's current coal power deals. These kind of efficiency gains will be critical as solar tries to create a stronger foothold in the alternative-energy space.

The state in the top slot isn't a state at all. Much like Hawaii, D.C. has some of the highest gas prices in the country, and one of the few ways out is through alternative fuels. One of the major drivers of the push within the District has been the incorporation of alternative-fuel vehicles into the city's fleet vehicles. More than 20% of the city's vehicles are now powered by alternative fuels. Companies such as Clean Energy Fuels see fleet vehicles as one of its most lucrrative markets. To bring larger fleet-vehicle customers onboard, it will cover the upfront costs for installing fueling stations.

What a Fool believes
Alternative-fuel vehicles have a long road ahead of them before they start to take a big chunk out of gasoline vehicles. But the combination of regional price disparities on either gasoline or alternative fuels and governmental incentives are giving these vehivles some legs to stand on, for now. One of the keys to make these kinds of vehicles successful is to provide a comparable network of fueling stations to that of gasoline vehicles. This is why you see moves like Tesla Motors' to expand its supercharger facilities and Clean Energy Fuels' to put a lot of capital expenditures into its Natural Gas Highway. Once the inconvenience of owning an alternative-fuel vehicle goes away, the market will have lots of room to run.

One sector that seems poised for the quickest conversion is the trucking industry, and Clean Energy Fuels' strategy is to be the backbone behind this movement. It's poised to make a big impact on an essential industry. Learn everything you need to know about Clean Energy Fuels in The Motley Fool's premium research report on the company. Just click here now to claim your copy today.