Please ensure Javascript is enabled for purposes of website accessibility
Log In Help Join The Motley Fool
Free Article Join Over 1 Million Premium Members And Get More In-Depth Stock Guidance and Research
By Morgan Housel - Apr 16, 2013 at 11:10AM

Last week, I wrote about how equally smart people can cherry-pick their own data and metrics to prove whatever point they want to make, even exact opposite ones.

I found another example this morning.

A few weeks ago I spoke with investor Chris Martenson, who is deeply bearish on the economy and markets. His rationale is simple. "Higher taxes and high gasoline prices are all but a few reasons why author and economic researcher Chris Martenson foresees the stock market likely to plummet within the coming months," an email he sent around notes.

Got it? Higher gas prices and higher tax burdens will sink the economy.

Got it? Lower gas prices and lower tax burdens will boost the economy.

Everyone gets to use their own data, and everyone is right! 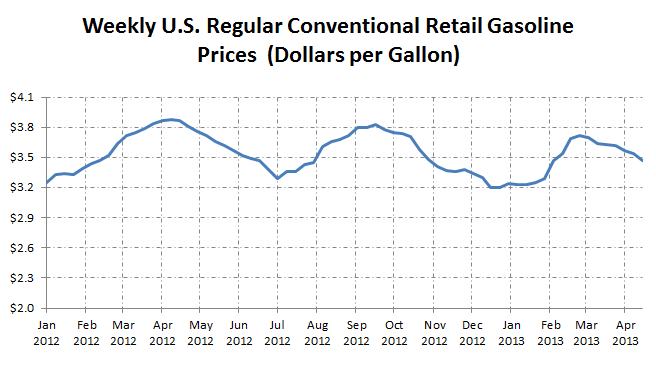 It's the same with taxes. Some can say taxes are rising after the payroll tax cut expired. But you can also point out that federal taxes as a percent of GDP are far lower now than they were in the early 2000s, and thus the trend is toward lower taxes. Pick your starting point, and you get to make whatever argument you want.

If this cherry-picking is so obvious, why do we gobble up predictions with glee? Psychologist Philip Tetlock once wrote: "We need to believe we live in a predictable, controllable world, so we turn to authoritative-sounding people who promise to satisfy that need." It's almost like we don't care if forecasters are right. We just want them to reinforce our feelings.

The more I think about this, the clearer it becomes that in order to form a clear view of the economy and investments, you must: