Please ensure Javascript is enabled for purposes of website accessibility
Log In Help Join The Motley Fool
Free Article Join Over 1 Million Premium Members And Get More In-Depth Stock Guidance and Research
By Brian Stoffel - Apr 22, 2013 at 9:28AM

Here they are, in alphabetical order:

Source: Courtesy of IBM. Unauthorized use not permitted.

Perhaps more than any other major U.S. corporation, IBM has been putting environmental stewardship front and center for over 30 years now.

The company, which employs almost half a million people worldwide, naturally eats up a lot of energy to run its daily operations. But in 1990, leadership decided to do something about that, vowing to cut energy consumption substantially over the next 10 years. The plan succeeded, leading to a 5.1-billion-kilowatt-hour reduction companywide by 2009.

Today, IBM is also focusing on helping others reduce their consumption of resources through its Smarter Planet initiative. And the company's Zurich Research Laboratory has figured out a way to use all the wasteful heat created by massive servers to heat the buildings they are attached to. In essence, it's created a zero carbon emission data center.

In 1994, founder and former CEO of Interface Ray Anderson was asked to give his company -- a leader in carpet tile manufacturing --a vision for its environmental position. In his own words: "Frankly, I didn't have a vision, except 'comply, comply, comply.'"

Shortly thereafter, however, Anderson read two books that changed his outlook deeply: Paul Hawken's The Ecology of Commerce, and Daniel Quinn's Ishmael. Seeing much more clearly the direction he wanted to take his company, he started EcoSense. The program's goal was not only to create a sustainable company, but a restorative one -- one that helps mimic and restore balance with nature.

Since then, Interface has completely changed how it does business, and the entire carpet industry along with it. That means a lot, as the process of fabricating the carpet used to rely heavily on petrochemicals. 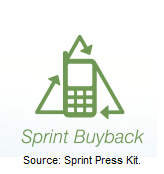 It may be hard to see how one of the nation's second-tier telecommunications companies ended up on this list, but a little digging reveals a lot of environmental effort on behalf of the company.

Used cellphones can be notoriously harmful to the environment. Realizing this, Sprint has established a goal to collect 90% of the phones it sells for reuse or recycling by 2017. By 2012, it was halfway to its target.

That alone goes a long way in helping the environment, but the company also offers a slew of green products in its stores, including solar-powered cellphone chargers and eco-friendly phone cases made from recyclable  materials.

Having spent the last three years working on an organic coffee farm in Costa Rica, I can attest to the fact that coffee farming can be very unfriendly to the environment. Most noticeably, the creation of monocultures, the use of chemicals, and the effects of erosion can wreak havoc on an ecosystem.

CEO Howard Schultz has made it a priority to create a supply chain that respects both the farmers that produce coffee and the land used to make it. Starbucks has set up centers in Costa Rica and many African countries to teach sustainable practices, and has a goal of 100% of its coffee coming from ethical sources under C.A.F.E guidelines by 2015.

What many people don't realize is that certifications for fair-trade, sustainable, and organic designations can be prohibitively expensive for small family farms. Instead of turning away those farms that have environmentally friendly practices but can't afford these certifications, Starbucks set up a Small Farmer Sustainability Initiative in 2009.

While the company may not actually show up on many lists for reducing greenhouse gases, Whole Foods deserves a spot on this list for the result of its bigger mission: educating Americans about where their food comes from.

No company has done more to make shoppers think twice about how the food they are buying was grown, and how much fuel was used to get it there. With labels telling you exactly where all the produce and meat products come from, along with a color-coded system to help buyers make informed decisions about sustainability, Whole Foods has helped us turn on our brains again when we think about food.

Respectfully Foolish
Of course, this list is far from exhaustive -- it's just a snapshot. At the core of what I looked for is what I think is the key aspect Earth Day was meant to focus on: respect. Environmental degradation occurs because of a lack of respect -- for other living creatures, for employees, for neighborhoods where pollution occurs. These companies have shown us that businesses can be a part of the solution.