Let's see what the numbers say about InterDigital.

Investors love stocks that consistently beat the Street without getting ahead of their fundamentals and risking a meltdown. The best stocks offer sustainable market-beating gains, with robust and improving financial metrics that support strong price growth. Does InterDigital (IDCC 0.80%) fit the bill? Let's take a look at what its recent results tell us about its potential for future gains.

What we're looking for
The graphs you're about to see tell InterDigital's story, and we'll be grading the quality of that story in several ways:

What the numbers tell you
Now, let's take a look at InterDigital's key statistics: 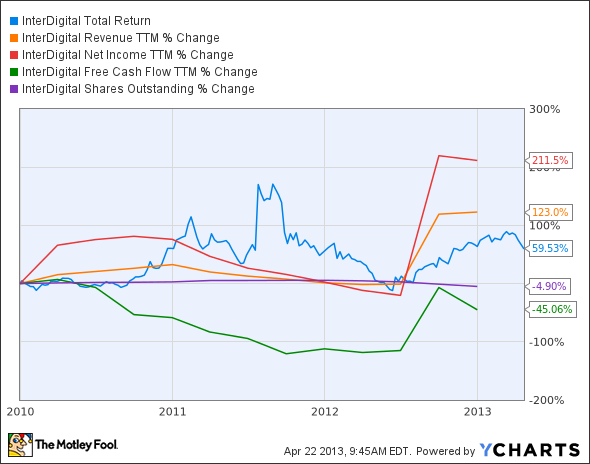 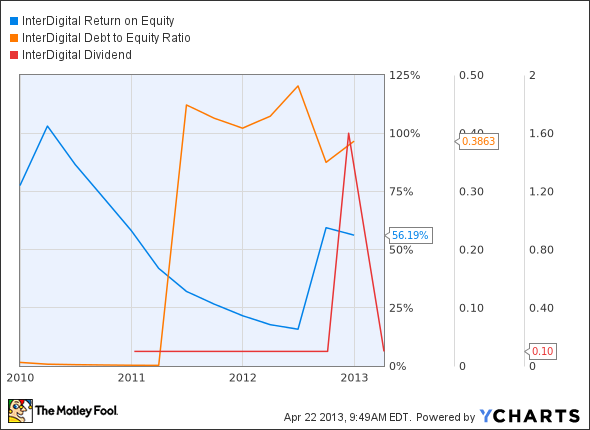 How we got here and where we're going
InterDigital was looking rather strong until we got to the second half of our tests, where it narrowly avoids a complete goose egg with free cash flow payouts barely below the red line. Is this patent-rich company past its prime with four out of nine passing grades, or is could there be improvement ahead? Let's dig a little deeper.

InterDigital trounced expectations in its last quarter, but otherwise has been pretty quiet since selling off a big chunk of its patent trove to Intel (INTC 0.84%) last year. That had both positive and negative implications, as Intel's price of about $220,600 per patent is significantly lower than earlier patent-driven purchases in the tech sector. Fellow Fool Sean Williams laid out the rationale behind the move rather well when it happened. The problem with the sale is that part of InterDigital's appeal is as a potential buyout candidate. Selling its only real assets off in chunks is likely to result in lower returns to shareholders.

The company's also working on the Internet of things, and has recently announced the development of a standardized machine-to-machine platform that should speed adoption by making it easier for developers to implement larger networks of connected devices. And, of course, with InterDigital behind the standardization, it stands to gain some licensing windfall when this exciting new tech trend takes off. That could be what that lifts InterDigital to a better score by the time we investigate it again next year.

Putting the pieces together
Today, InterDigital has some of the qualities that make up a great stock, but no stock is truly perfect. Digging deeper can help you uncover the answers you need to make a great buy -- or to stay away from a stock that's going nowhere.