Mozilla will launch a mobile OS for consumers later this year, and some tech companies should be a little more than concerned. Mozilla could steal market share away from competitors near the bottom.

Samsung and Apple (AAPL 4.08%) may steal all of the spotlight when their new phones debut, or even when rumors of their phones surface, but some think there's room in the mobile OS space for more competition -- and Mozilla wants in.

A new hope
Right now, Google's (GOOGL 4.20%) Android and Apple's iOS take a whopping 85% of the global smartphone mobile OS market share. BlackBerry (BB 8.24%) and Microsoft (MSFT 2.76%) currently spar over the third place position, but according to the latest calculations from Gartner, Microsoft's platform is expected to far outpace the Canadian company's OS by 2017 -- and leave BlackBerry in a realm of potential mobile insignificance. 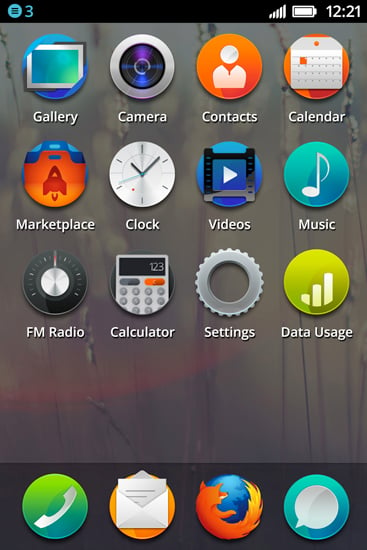 But despite Microsoft's possible dominance over BlackBerry, Mr. Softy is still struggling to find its way in mobile tech and only has about 3% of the smartphone market share right now. Because iOS and Android are so far ahead of the pack, the opportunity for companies like Mozilla to wiggle into that space is wide open.

Mozilla's plan is already under way, and just yesterday the non-profit company sold out of 1,000 developer-launch phones loaded with the Mozilla OS in just a few hours. The company, in collaboration with Geeksphone, sold $119 Keon models and $194 high-end versions called Peak for developers to test in real-world situations and on mobile networks.

Unlike the other mobile tech companies, Mozilla's OS is built on HTML5. Because its apps will run off the new web standard, the Mozilla OS phones require less internal storage than traditional smartphones. This difference is expected to keep the cost of phones much lower than even low-end phones running Android. OEMs could benefit from the OS because it will help them keep costs down and still sell products with similar capabilities of more expensive phones.

For carriers, of which Mozilla already has 17 signed up, the benefit lies in being able to sell comparable phones for less money. Additionally, since the apps are built on HTML 5, developers can create apps that work across multiple devices and have less restrictions than app stores.

Who might lose in all of this?
Mozilla will officially launch the new mobile OS this summer in countries like Poland, Spain, Venezuela, Hungary, Brazil, and Mexico, with a U.S. and U.K. launch planned for sometime in 2014.

It's not likely that a newcomer like Mozilla OS will have any significant impact on Apple and Android, at least not in the sense of knocking either one of them out of their top spots. But Mozilla will increase competition among the smaller players, as well as others trying to enter the mobile OS market. Mozilla currently has one of the world's most popular web browsers, with half a billion users. There's room for significant mobile influence when you're talking about those kind of numbers.

That's bad news for tech stocks like BlackBerry, who will likely face the stiffest competition over the next few years, but it should also be troubling for Windows Phone maker Nokia (NOK 0.98%). Unlike some other Windows Phone makers, Nokia is completely dependent on the Microsoft platform succeeding. If Mozilla becomes a formidable opponent to Windows Phone, then Nokia could suffer. Nokia's stock has already taken a pounding over the past few years as the company has lost its mobile dominance throughout the world, and a new competitor wouldn't help.

For Samsung, which already enjoys mobile dominance right now, two scenarios could play out. The first being that Samsung sticks with Android and experiences a slight decline in market share as Windows Phone and Mozilla creep up over the next four or five years. The company's currently in a great position against practically every competitor, so it's doubtful this scenario would hurt it too much.

The second scenario involves Samsung launching a full-scale mobile approach with its own mobile OS, Tizen. The company will sell a few Tizen phones in small markets later this year, but the company's still extremely dependent on Google. If Samsung does move away from Android, it could also team up with Mozilla and use the company's OS instead of its own version. Mozilla and Samsung are already working on a new mobile browser in an effort to cut out Google's Android and Chrome browsers. A mobile OS agreement between the two could be mutually beneficial for both companies. Samsung could move away from Android, while Mozilla would gain significant OS share because of Samsung's current reach.

But like so many things in the mobile space, we'll have to wait and see how this all plays out. Investors in tech stocks would be wise to keep track of Mozilla's new OS, as well as its partnership with Samsung. The fate of many technology companies rests on mobile, and any increased competition could be fatal for some.