Back in February, up-and-coming performance-apparel specialist Under Armour (NYSE:UAA) raised some eyebrows when it filed a lawsuit against its biggest competitor and global powerhouse Nike (NYSE:NKE).

The allegation? Under Armour claims Nike's latest ad campaigns were aiming to create confusion by illegally using variations of Under Armour's trademarked "I will" catchphrase. 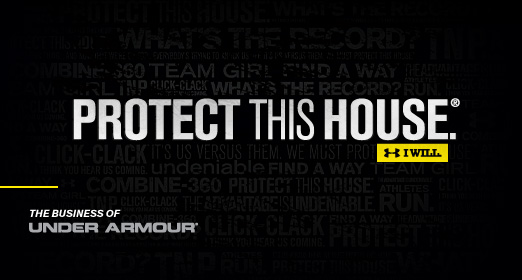 Earlier this week, Nike finally came out to formally deny the charges, and took a few shots at its smaller competitor by saying the "I will" phrase is "not famous" and hasn't "acquired the distinctiveness or secondary meaning associated with Under Armour." As a result, Nike says, that renders Under Armour's trademark essentially useless under trademark infringement law.

Going even further, Nike also claims it has used the "non-verb" combo in its own marketing as early as 1995, predating Under Armour's use of the words as far back as 1998. Then, in one last jab, Nike representatives wrote, "To the extent Under Armour owns any alleged trademark rights in the phrase, 'I will,' those rights are weak [and] narrow, and exist in a crowded field."

Of course, Under Armour was quick to respond, with company spokesman Tai Foster writing in an email to the Baltimore Business Journal to say the company is aware of Nike's response. In addition, Foster wrote, "We prefer to battle our competitors in the marketplace, but we must defend our brand when necessary and remain committed to vigorously protecting our 'I Will' trademark."

For Nike, what's the point?
Considering Nike penned its "Just do it" slogan way back in 1988, the Oregon-based company certainly knows a thing or two about famous catchphrases.

But honestly, of all the endless possibilities for Nike to mix things up with its advertisements, was it really necessary for its marketing team to excessively focus on the words "I will" this time around?

In fact, while we're on the topic of familiar phrases, here's one you might have heard before: "Arrogance stems from insecurity."

Don't get me wrong; Nike is an incredible company with a fortress-like balance sheet and an intimidating presence in every global market that matters.

However, as I noted when the initial lawsuit was announced, I can't help wondering whether Nike is more interested in trying to slow Under Armour's rise than anything else. After all, as of its most recent report, Under Armour has grown overall revenue by at least 20% year over year for the past 12 quarters, and the tiny company is only just getting started to gain steam with its international expansion.

Then again, I'm no lawyer, so maybe Under Armour's just overreacting and Nike is perfectly justified in its response. In any case, you can bet I'll be watching to see who comes out on top.

What do you think? Is Nike in the wrong, or should Under Armour never have filed this lawsuit in the first place? Sound off in the comments section below.

Nike Strikes Back at Under Armour: Is "I Will" Famous? @themotleyfool #stocks $NKE $UAA $LULU Next Article
Current