Google (NASDAQ:GOOGL) has close to $50 billion in cash and cash equivalents. As this hoard continues to accumulate, many shareholders are impatient for a dividend. Will Google authorize a dividend? Who knows? But one thing is certain: Google has both the cash and the cash flow to make it happen.

Tech and growth were once interchangeable terms. Tech stocks needed every dollar they generated to reinvest into the business. But those days are over. Dividends in the tech sector seem to be the new norm. In 2009, Oracle initiated a dividend, followed by Cisco Systems in 2011 and Dell in 2012. Finally, even Apple (NASDAQ:AAPL) joined the Tech Dividend Stocks Club in 2012.

Why are many tech stocks paying out dividends today? It's simple: As their growth trajectories slow, these companies are still raking in loads of cash -- Google included. Just look at the percentage of sales these tech companies are converting to free cash flow: 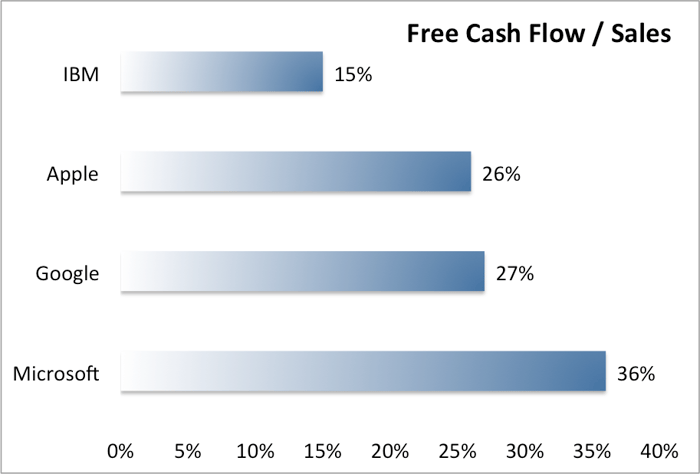 Now compare those metrics with some megacap names not in the tech sector: 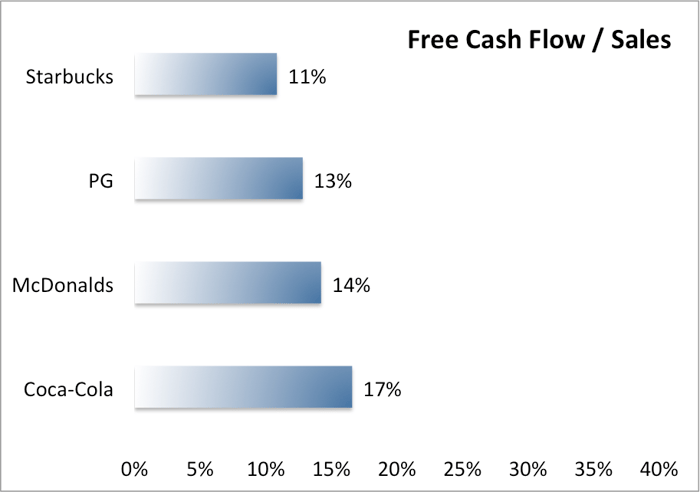 No wonder these tech stocks are paying dividends (all but Google, of course). They're redefining the term "cash cow."

The case for Google's dividend
There's no reason Google couldn't pay a substantial dividend just like some of its peers. It has the characteristics of a prime dividend stock:

And Google's cash hoard will undoubtedly continue to grow. In the past four years alone, Google has tripled its cash hoard. Even if the past is not indicative of the future, it's simply logical: A fast-growing digital ad market should continue to boost Google's annual cash flow, especially in light of Google's 60% market share of worldwide search.

Furthermore, as Google grows, the company will most likely find fewer meaningful ways to spend its money in meaningful amounts. That will eventually force the board of directors to discuss ways to return more cash to shareholders. And that, of course, is exactly what happened to Apple just over a year ago. Now Apple pays investors $3.05 in dividends per share each quarter.

Is Google next?
As Fool contributor Andrew Tonner said in a recent video, Google probably won't be announcing a dividend anytime soon, naming a dividend's association with a slow-growth image as the primary reason. But on Google's current trajectory, it seems inevitable that the company will return cash to shareholders in the longer term. If I'm wrong? Then you're stuck with a reasonably priced, excellent business that's likely to endure for years.