I've heard of many novice investors over the years -- and some more experienced ones! -- who inadvertently bought the A shares when they'd intended to buy the B shares. 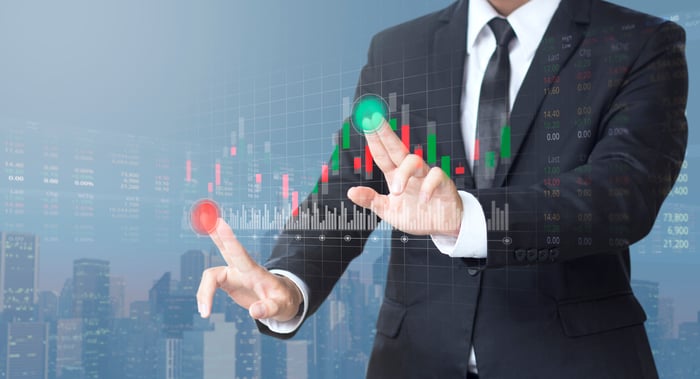 No high-performance fuel
Shell hasn't managed to pump shareholder returns with high-performance fuel. The shares have delivered a positive annualised total return over five years (5.4%) and 10 years (7.3%), but failed to outperform the broader market; the FTSE 100 having returned figures of 6% and 9.4% over the same periods.

In other words, investors in Shell have been exposed to company-specific risk, while getting only a sub-par return compared with a less risky index tracker. Will Shell's shares continue their long-term underperformance of the broader market?

Fine is not fine
Anti-trust officials of the European Commission raided the offices of a number of oil companies, including Shell, last week. They're investigating allegations of price-fixing.

Anti-competitive agreements -- whether formal or informal, written or verbal -- are prohibited under the UK Competition Act and the EC Treaty. Companies can be fined up to 10% of their global turnover for each year they engage in the behaviour, up to a maximum of three years.

Shell's turnover for the past three years totals over a trillion dollars and the 10% figure is $130 billion. That represents around three times the company's latest annual profit and 18 years of dividends!

A poor investment?
You know the difference between the A shares and B shares, so there's no problem there. As for the price-fixing investigation, there are only allegations at this stage. Even if Shell has been guilty, I can't recall a past anti-competitive probe that has resulted in a maximum fine for a company. There are huge discounts given for co-operating with the investigation and for "early resolution".

The long-term underperformance of Shell's shares against the broader market is -- on the face of it -- more of a concern. However, in part this is due to a "de-rating" of the shares. At a current price of 2,312 pence you are paying just 8.5 times this year's forecast earnings, close to half the average of the FTSE 100. A "reversion to the mean" would likely see Shell's shares outperforming the market in future.

The oil super-majors are popular core holdings for many investors, and are currently trading on "value" ratings. But if you fancy being a little more adventurous and want to learn about how to really strike it rich in the oil and gas sector, I recommend you read the Motley Fool's free guide, "How to Unearth Great Oil and Gas Shares".

This guide for private investors is available for a limited time only -- so do hurry if you want an intelligent assessment of a sector with the potential to spectacularly outperform the broader market.

The guide can be in your inbox immediately: simply click here.