While Dave Ramsey has helped millions out of debt and has sage behavioral advice for investors, blindly believing his 12% rule could lead to a lot of disappointment.

Ever heard of Dave Ramsey? If not, let me introduce you. Ever since 1992, Ramsey has been helping people get out of debt, start saving, and ensure secure retirement planning.

He has written several best-selling books that have likely helped millions of people. He has his own radio show, and he has appeared on the Motley Fool Money podcasts from time to time. 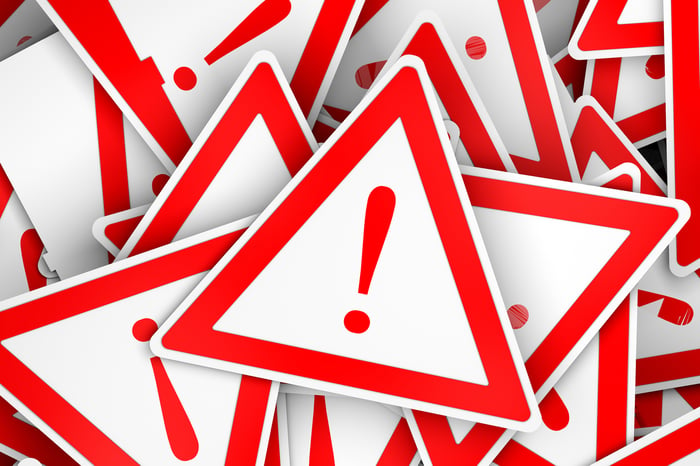 One of my favorite quotes from Ramsey, which sums up much of our collective financial folly, is: "We buy things we don't need with money we don't have to impress people we don't like."

If you don't get the point I'm trying to make, it's that on the whole, Ramsey has done a lot of good for a lot of people. But there's one part of his plan -- which has gotten a lot of attention lately -- that could leave a lot of investors in an unexpected bind when retirement time comes around.

I'll get to what I think Ramsey's biggest mistake is in a minute. But it's also important to note that much of the behavioral advice he offers when it comes to investing is spot-on.

He pleaded with people not to sell their investments during the Great Recession, he advises getting an investing professional to help you with financial decisions -- especially during volatile market periods -- he thinks your investing horizon should be a minimum of five years, and he's a big proponent of setting a regular investing schedule and sticking to it no matter what. These are all characteristics we Fools embrace.

There are actually several problems with Ramsey's advice for retirement planning from what I can see, but first and foremost is this: He encourages listeners and readers to assume that they can expect average returns of about 12%, and that they should use this assumption when planning for retirement.

Clearly, he's not making it a secret that investors should expect to get about a 12% yearly return on their investment. When I tried to find out why he chose 12%, I found this claim on his website: "Dave is referring to the average annual return of the stock market since 1926, which is very near 12 percent annually when adjusted for inflation."

Really? When adjusted for inflation, to boot? I'm not sure what numbers Ramsey is looking at, but this is akin to telling your teenager who is about to attempt a cross-country road trip that they'll only need half a tank of gas to make it.

When we use market returns compiled by Yale economics professor Robert Shiller, we see that the S&P 500, including dividends reinvested, has returned an average of 9.9% per year since 1926. And when we adjust that for inflation, it dips down to 6.7%. That's a far cry from "very near 12 percent annually." Check here if you don't believe me.

The best that I can guess is that -- for some reason -- Ramsey is using the average yearly return, instead of the compounded annual growth rate (CAGR). That may sound confusing, but consider Ian the Investor, who is investing $100 in the stock market for two years.

Maybe Ramsey is just averaging out the two returns. If you take 100 (the first year's returns) and subtract 50 (the second year's returns), and then divide that by two (the number of years), you would say that the average return is 25%. That should mean Ian has about $156 after two years.

Why this could be dangerous to your retirement planning

One could argue that even if Ramsey is wrong, he's getting people to save, which is good. That's fair, but I think it's also a blatant form of false hope, and sets people up for a cruel reality check as they get closer to retirement.

But there's a much more dangerous result of Ramsey's claim. Because he says you can safely assume you'll get 12% per year, and because he recommends keeping 100% of your portfolio invested in stocks in retirement, he says it's safe to withdraw 8% of your nest egg in Year One of retirement, and adjust that number up for inflation every year.

That number is twice what most retirement professionals say is safe. How does Ramsey get that number? From his website:

You're going to keep your nest egg invested and averaging 12% growth. We're estimating inflation at 4%. So, to maintain your nest egg and break even with inflation, you will live on 8% income from your nest egg.

That is an extremely dangerous assumption. In fact, I went back and ran the numbers: Using Ramey's 8% withdrawal rule, you have a 50% chance of exhausting your nest egg by age 90. In fact, someone who retired in 2000 and followed this advice would have been out of money by just 2009!

I'm not sure why Ramsey harps on this 12% figure while not offering any solid numbers to back it up. His followers would be well served to dial down their assumptions before adjusting their retirement planning process, and making sure they are taking out much less from their nest eggs if they want them to be around when they reach 90.