Marvel took my advice. Sort of. Robert Downey Jr. will be back as Tony Stark and Iron Man, but only for two sequels to last summer's Marvel's The Avengers.

The deal, undoubtedly big, will pair the actor with writer and director and Joss Whedon at least once more in hopes of turning the Avengers franchise into something lasting for Walt Disney's (NYSE:DIS) Marvel Studios. I like the odds, if only because creator continuity typically leads to really great comic-book stories. 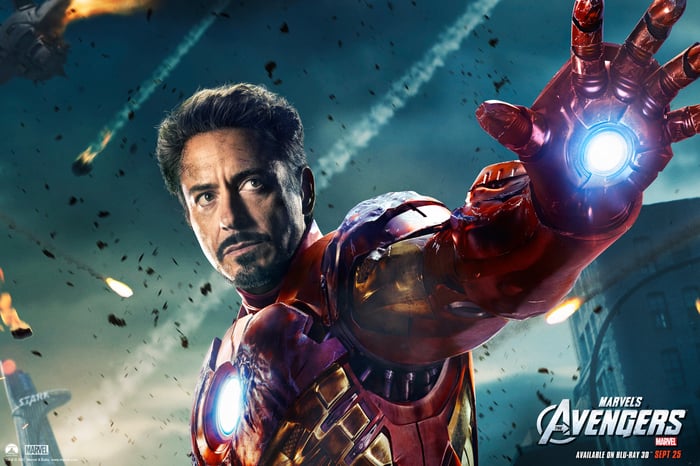 Need an example? Let's take the obvious: writer Robert Kirkman and artist Charlie Adlard. The pair won the Eisner (the comics industry's top award) in 2010 for Best Continuing Series for The Walking Dead, which has seen more than 100 issues in its 10-year run and which today serves as the source material for AMC Networks' top-rated drama of the same name.

Whedon, too, knows the benefit of continuity, having won a similar Eisner for his work alongside artist John Cassaday in a 24-issue run of Astonishing X-Men. He also wrote and directed seven seasons of the acclaimed TV series Buffy the Vampire Slayer. Star Sarah Michelle Gellar appeared throughout.

Movies tend not to enjoy this sort of continuity because it can take two years or more to make a film. Committing to, say, a trilogy is tantamount to committing a decade of your life to one massive project. Actors and writers -- especially the successful ones -- tend to avoid such professional straitjackets.

Is that what Downey Jr. just agreed to? In a way, yes. But he's also such an unusual case that it wouldn't surprise me if his contract includes specific provisions for taking other work. Whedon, so far, hasn't been confirmed for a third Avengers film.

I'd prefer that, but for Disney investors, what matters here is that RDJ will be the face of the franchise for at least the next five years. That's impressive continuity in a business known for change, and history says it'll pay off.

Consider the Die Hard and Harry Potter franchises. Both series have produced more than $1 billion in global box-office receipts while keeping their most identifying actors -- Bruce Willis as John McClane; Daniel Radcliffe as Harry Potter -- in lead roles.

Time Warner (NYSE:TWX) is hoping to build something similar by re-signing the men behind Man of Steel, screenwriter David S. Goyer and director Zack Snyder, for Man of Steel 2. The first film is already a success, having generated more than $400 million at the worldwide box office. Goyer is also to write a Justice League film that's reportedly targeted for 2015. The message? Continuity appears to be coming to the DC Universe.

Marvel, thanks to its new deal with Downey Jr., is already there.

Now it's your turn to weigh in. What do you think of Disney's re-signing of RDJ? Do you believe Time Warner can build a DC cinematic universe as expansive as the one Marvel is creating? Leave your comments in the box below.

"Man of Steel" May Be a Hit for DC, but Marvel Just Changed the Game @themotleyfool #stocks $DIS $TWX Next Article
Current