Initial jobless claims fell 1.4% to 343,000 for the week ending June 29, according to a Labor Department report released today.

After dropping a revised 2% the previous week, this newest report managed to beat analysts' already optimistic expectations of a slight easing to 345,000 initial claims. 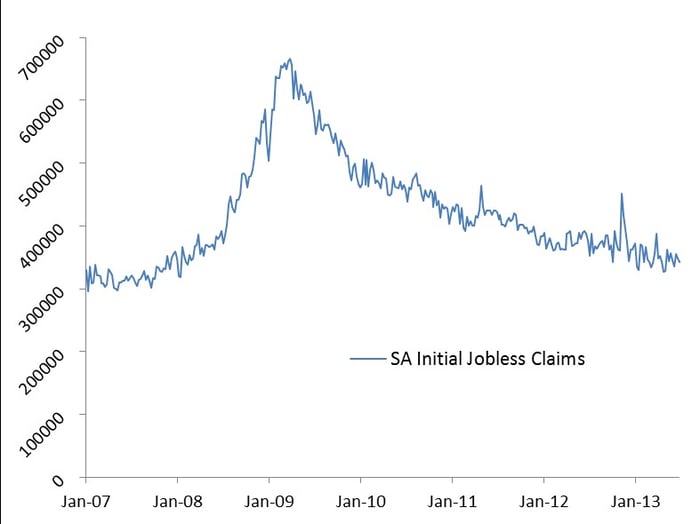 From a more long-term perspective, a 0.2% decrease in the four-week moving average to 345,500 initial claims marks a second straight week of declines. Both the latest week's claims and the four-week average fall significantly below 400,000, a cutoff point that economists consider a sign of an improving labor market.

On a state-by-state basis, six states recorded a decrease of more than 1,000 initial claims for the week ending June 22 (most recent available data). Pennsylvania pulled in first with a drop of 4.240, primarily because of fewer transportation and construction layoffs. Florida's initial claims fell 2,050 on fewer agriculture layoffs, while North Carolina's 2,010 reduction was also mostly due to fewer construction and transportation layoffs.