Initial jobless claims increased 4.7% to 360,000 for the week ending July 6, according to a Labor Department report released today.

After easing down a revised 1.1% to 344,000 the previous week, analysts had optimistically expected an additional small decline to 337,000 initial claims. 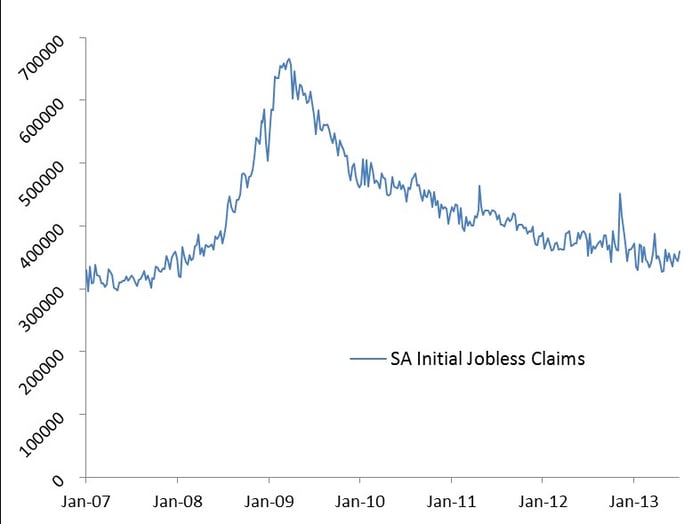 From a more long-term perspective, a 1.7% increase in the four-week moving average to 351,750 initial claims signals a slightly more permanent upward trend. As The Wall Street Journal points out, however, several factors could have affected the week's numbers, including the shortened workweek (due to Independence Day) and industry-specific factors like auto sector retooling and the end of the academic year.

Regardless, both the latest week's claims and the four-week average fall significantly below 400,000, a cutoff point that economists consider a sign of an improving labor market.

On a state-by-state basis, seven recorded a decrease of more than 1,000 initial claims for the week ending June 29 (most recent available data). After increasing the most the previous week, California's decrease led the nation, dropping 9,320 on fewer service sector layoffs. Florida pushed initial claims down 3,240, due primarily to fewer agriculture and transportation layoffs.