In the race to get TV viewers to tune in to its comic book properties, Time Warner (NYSE: TWX) is turning to the fastest man alive.

Earlier this week, Warner unit DC Entertainment told reporters via conference call that the Flash would appear in season 2 of Arrow before spinning off into a new show dedicated the character. Warner also has plans for a live action film. Batman? Superman? Turns out the Flash is the glue that's binding together the DC Cinematic Universe.

"He's obviously been a strong personal favorite of both [DC Entertainment Chief Creative Officer] Geoff [Johns] and mine," Newsarama quotes Arrow co-creator Andrew Kreisberg as saying. "So when Greg [Berlanti] approached us and said 'Hey, what would you think if we did the Flash as a spin-off?' all of us lit up!"

They aren't the only ones. Here at Fool.com, we've debated the possibilities for the Flash. A live-action film might follow nicely behind 2015's Batman-Superman team-up in Man of Steel 2.

Meanwhile, putting DC's scarlet speedster on TV first would allow Warner to expand the DC Cinematic Universe while building brand equity for a character that hasn't been on the small screen since 1990. Back then, actor John Wesley Shipp played the Flash and his alter-ego, police scientist Barry Allen. Warner says it's in the process of searching for an actor to play the role in Arrow and the spin-off. 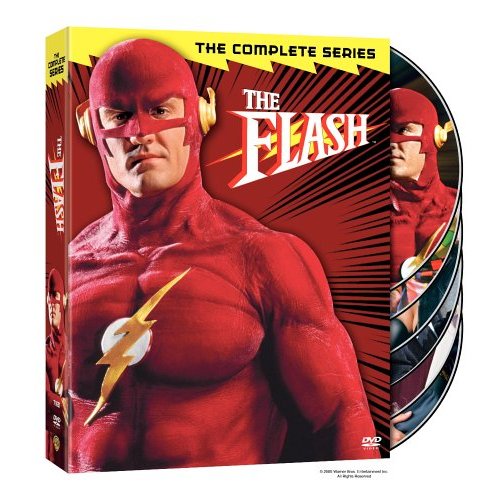 Expect DC's new take on the Flash to be darker than the 1990 TV series. Source: The SF Site.

DC's advantage is that already has a hit in Arrow, and introducing the Flash via spin-off reduces the risk that the new show will bomb. If successful, it would be the third -- or, if Agents of S.H.I.E.L.D. also succeeds, the fourth -- current comic book TV adaptation to play well with audiences. AMC Networks' (NASDAQ:AMCX) The Walking Dead rated highest among scripted shows airing during the 2012-2013 TV season.

Do DC's plans signal more adaptations from Warner, Disney, and others? Undoubtedly. Hollywood history says executives will push until audiences push back, which means the next prime-time TV idea is probably sitting on the shelves of your local comics shop right now.