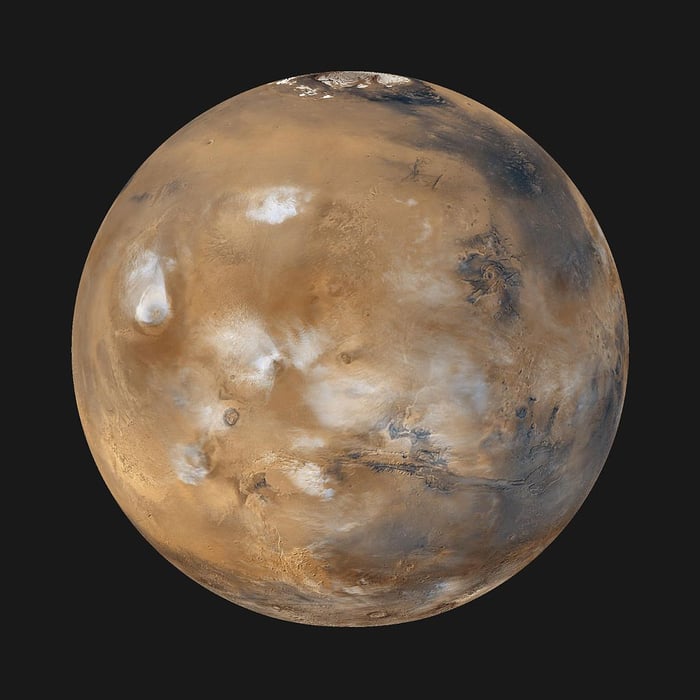 How long will it be before humans call Mars home? Source: Wikimedia Commons.

Late last year, billionaire entrepreneur Elon Musk gave a speech at the Royal Aeronautical Society in London that laid out his vision for a Mars colony with 80,000 human inhabitants. Musk estimated the cost for the colony at $36 billion, but don't get too excited yet. There is no way to accurately gauge the price tag of what would be arguably the most ambitious endeavor ever undertaken by mankind, especially since a good amount of the technology needed to sustain life on the Red Planet is still being invented or conjured up. If we made a list of three of the most important technologies needed for such a colony that you could invest in today, what would it look like?

1. Long-distance robotic surgery
It is obvious that some of the 80,000 inhabitants in the Mars colony would be qualified medical professionals. But let's be honest; a lot of things can go wrong with the human body, and specialization is rampant in the medical community. There will almost certainly be a need for doctors back on Earth to communicate with ailing colonists -- and even perform surgery from 140 million miles away.

It may look intimidating, but robotic surgery could save your life. Source: Wikimedia Commons.

We're in luck. Intuitive Surgical (NASDAQ:ISRG) has invented the da Vinci Surgical System, a robotic surgery platform that allows doctors to perform invasive procedures without getting their hands dirty. Meanwhile, MAKO Surgical (NASDAQ:MAKO.DL) has invented the RIO system for performing various medical procedures. Despite da Vinci being used in more than 1,300 hospitals and RIO expected to perform as many as 14,500 procedures here on Earth, robotic surgery hasn't had such a smooth ride. Some doctors question the cost-effectiveness (a single da Vinci costs $1.5 million) and advantages of such systems. Fair points, but the technology will be very necessary for a Mars colony.

The Defense Advanced Research Projects Agency, or DARPA, has been a key funder of robotic surgery in the last decade. While its focus remains on treating wounded soldiers in the battlefield, the agency is developing the technology needed for long-distance surgery. Astonishingly, the agency is investing in technology that would allow a doctor to "upload" a patient, perform a virtual procedure, edit out the mistakes, and send it to the robotic system to perform the perfect procedure on the patient. One day it hopes doctors at a centralized location will be able treat wounded soldiers throughout a warzone that cannot be airlifted to a field hospital in time. Insert "Earth" and "Mars" and the potential becomes clear.

2. 3-D printing (duh)
It won't be cost effective to bring a warehouse of spare parts with us to Mars, so we'll have to set up a manufacturing base once we get there. Stratasys (NASDAQ:SSYS) and 3D Systems (NYSE:DDD) figure to play a big part in any interplanetary 3-D printing capabilities established in the next few decades. Both companies are on the ground level of disrupting a wide range of industries, including everything from health care to industrials. 3D Systems even took the first steps to leave Earth by penning a deal with Planetary Resources to create spacecraft parts, which could one day be used to mine asteroids.

What functionalities would Mars-bound 3-D printing systems need? Aside from printing parts or replacement parts for broken rovers and colony machines, we may turn to additive manufacturing for printing everything from food to medicine. Storage space will undoubtedly be limited, and it will be impossible to bring all pharmaceuticals and nutritional supplements needed to sustain a community of 80,000 people.

If current resupply contracts to the International Space Station are any indication of the future, investors in Stratasys and 3D Systems could be in for a treat, albeit several decades from now. Orbital Sciences has captured NASA contracts worth $1.9 billion, while SpaceX -- the company likely to get humans to Mars -- has landed contracts worth $1.6 billion. Could a similar bounty be in store for the 3-D printing leaders?

3. Synthetic biology
If you think 3-D printing has advantages for interplanetary manufacturing, then you'll be blown away by the potential of synthetic biology -- a field that combines biological sciences with engineering. Scientists can combine DNA and biological parts from multiple organisms to create completely new capabilities in another. The possibilities are endless. 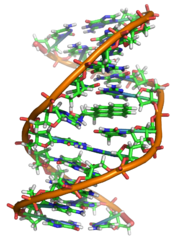 Think about it. A test tube of microbial cells doesn't take up much storage space and can be frozen for years. Those same cells can be cultured into trillions more, which can be used to turn plentiful Martian compounds into useful chemicals, fuels, electricity, clean water, or just about anything else allowed by chemistry. Theoretically, microbes could turn the colony's waste into the plastic resin needed for its additive manufacturing base.

Biotechnology can even be used for large-scale, low-grade mining operations for various metals -- perhaps brought to Mars from space rocks in the nearby asteroid belt. It may sound like science fiction, but microbial mining has been used economically on Earth for decades. Companies such as Intrexon or Amyris (NASDAQ:AMRS) could be tapped to create efficient industrial microbes for just such a purpose.

Still sound crazy? Amyris, a pioneer of synthetic biology, has already demonstrated its unique ability to engineer life. The company created the world's first scalable biological process for manufacturing artemisinic acid, a chemical precursor to the malaria wonder-drug artemisinin, which is traditionally grown in plants. Supplying the world with the compound through agricultural means is inefficient and unpredictable. Amyris solved the problem by replicating the biological pathway found in plants in more efficient microorganisms. Although the technology has been transferred to Sanofi, it will soon produce one-third of world demand. Similarly brilliant engineering could be utilized to make a Mars colony completely sustainable and independent from Earth.

Foolish bottom line
Supporting life on Mars -- especially 80,000 of them -- is going to be quite the challenge. The good news is that humans are an incredibly thrifty species that have time and time again adapted to their surroundings. While innovative companies and individuals are working on technologies that will get us to the Red Planet, future colonists will undoubtedly need to improvise solutions to their problems on the fly. That makes the freedom granted by 3-D printing and synthetic biology platforms that much more important for such an endeavor. So, if you aren't afraid of having a robot perform appendectomies, printing everyday items from scratch, and drinking water purified by bacteria, then perhaps you have what it takes to live on a Mars colony. It'll cost you a pretty penny, though.