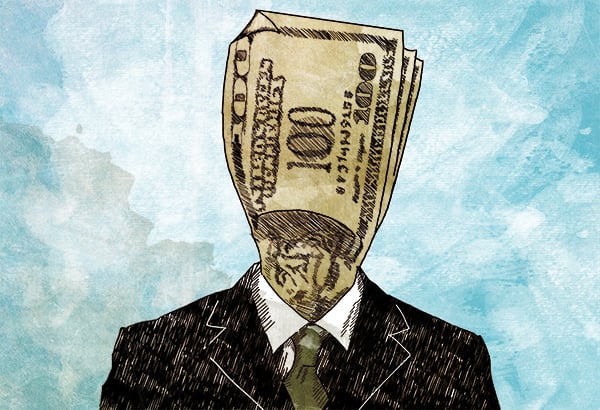 Management matters -- especially when it comes to investing in mortgage REITs.

This week at the Barclays Capital Global Financials Conference, droves of CEOs, CFOs, and CIOs trotted on stage to address a room full of eager analysts. One of the lone mREITs represented was Two Harbors (NYSE:TWO). CEO Tom Siering and CIO Bill Roth weighed in on the current environment.

After years of fat dividends and stock price appreciation, investors' interest in mREITs has spiked as most firms have seen their stock-price in free-fall since early May. Two Harbors has been able to weather some of the pain via its unique and active management strategy. With other major industry players like Annaly Capital Management and American Capital Agency not presenting at the conference, let's look at three comments from Two Harbors' management that shed light on the firm and the industry as a whole.

1. "We're utterly committed that preservation of book value at times should be a paramount objective."
As interest rates rise, the value of existing fixed-income securities, like the mortgage-backed securities held at Two Harbors and others, falls. Rather than borrowing more money or issuing new shares to buy additional securities that temporarily boost interest income, Two Harbors is focusing on maintaining its equity position. Comments from Annaly CEO Wellington Denahan after the second quarter were similar: "We continue to try and strengthen the durability of the book value."

2. "If our capital base is deteriorated or eroded, our ability to pay future dividend goes down."
Why is book value so important, you ask? That's why. Most investors are shareholders of REITs to benefit from the massive dividend yields. Firms like CYS Investments and Hatteras Financial suffered massive hits to book value in the second quarter. While neither has come out and announced a reduced dividend (Hatteras recently announced its dividend would remain unchanged), the reduced capital base could potentially hinder dividend payments in the future if securities need to be sold to strengthen the balance sheet.

While its book value didn't take quite as hard of a blow as Hatteras Financial, American Capital Agency's book value fell in precipitously and CIO Gary Kain gave a conveniently ambiguous answer when asked about the outlook for the dividend:

We are going to be focused on what happens in the market and how it affects the portfolio, how we are willing to position the portfolio going forward, and really that is the most I could say with respect to the dividend.

American Capital Agency did adjust its balance sheet to be less susceptible to swings in interest rates -- reducing the potential losses by 50% in a scenario of interest rates increasing 100 basis points. Speaking of that scenario...

3. "Unfortunately, we all know that curves never move 100 basis points parallel."
Despite theoretically standing to see a 10% gain in book value in such a scenario, Two Harbors CIO Bill Roth was quick to point out that this industry standard of "parallel interest rate shifts" is impractical. Instead of looking at the environment as black-and-white or up-and-down, Two Harbors appears more focused on surveying the entire mortgage product marketplace and finding the best risk-reward scenario.

The mREIT is busy diversifying away from just investing in agency MBSes and non-agency MBSes by purchasing mortgage servicing rights (MSRs), building out a securitization platform, and purchasing other mortgage loans that were branded by many investors as too risky -- only to become an attractive value in the eyes of Two Harbors.

Navigating the noise
The biggest difference between Two Harbors and the other four mREITs mentioned here is the company's comfort level in venturing outside of the agency MBS market (an action restricted to some extent at the other firms by their charters) and finding attractive risk-reward opportunities. Management appears to understand how to play the long game and protect shareholder equity and, ultimately, its ability to pass through dividends.