Please ensure Javascript is enabled for purposes of website accessibility
Log In Help Join The Motley Fool
Free Article Join Over 1 Million Premium Members And Get More In-Depth Stock Guidance and Research
By Awais Iqbal - Sep 13, 2013 at 9:44AM

How this company will achieve double-digit growth.

Life-enhancing and innovative medical technology has been increasing in demand. Growing health problems -- particularly in the area of vascular, oncology, and urology -- have compelled many pharmaceutical companies to go back to their drawing boards and redesign their strategies to cater to this steepening trend. The demand for oncologist services is projected to grow by 48% till 2020. Similarly, the demand for urology services is expected to expand largely due to an aging population.

CR Bard (BCR) is one such company that has been rigorously working in this area.

The company is one of the leading manufacturers and suppliers of medical, surgical, diagnostic and patient care devices. According to Global Information, it has a market share of 27% in the global biopsy devices market. 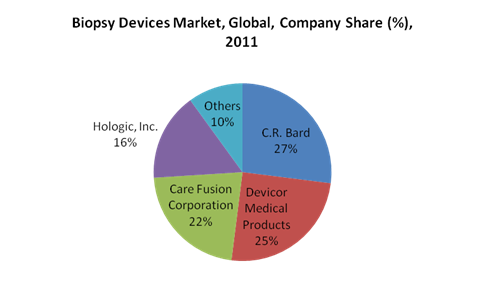 Historic performance
The company's revenues have continuously increased in the past five years. Although the rate of growth of revenues plunged in 2009 and 2012, it was still positive. In 2009, net sales of urology products decreased compared to the prior year due to declines in continence and urological specialty products. Also, the U.S. distributors reduced their inventory levels of the company's products in this category, which also contributed to the decrease in the rate of sales growth. However, the company was able to report an increase in its operating margin by effectively cutting down on its cost of sales, research and development, and marketing, selling and administrative expenses by 0.9%, 1% and 2%, respectively.

Though the company's top line growth was good enough in 2011, the operating margin and EPS fell drastically as the costs and expenses rose to 82.4% of sales from 73.6% in 2010. The major reason behind this increase was that other expenses had shot up by 8.5% of sales. This included charges related to legal settlements and commitments of $246.5 million, charges for the impairment of Greek bonds of $11.5 million, and net restructuring costs of $7.8 million. These were all one-time expenses as the company's operating margin reverted to its normal level in 2012. Net sales in 2012 and 2011 were seriously affected by the discontinuation of sales of a bulking continence product and a decline in sales of surgical continence products. 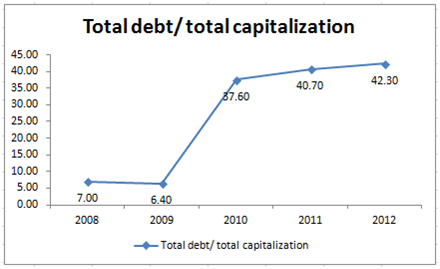 Acquisition of Rochester
As part of its long-term growth strategy through acquisitions, Bard has recently acquired Rochester Medical (NASDAQ: ROCM) in order to strengthen its urology segment. Rochester is a leading developer and supplier of silicone urinary incontinence and urine drainage products. The acquisition is a perfect match for Bard and strengthens the company footprint in the global urology home care market of $930 million.

The combination of the two companies places Bard in a stronger position to cater to the rising demand where it is estimated that 1.1 billion people will be facing some form of lower urinary tract or bladder outlet obstruction by 2018.

Rochester adds a unique product, Magic 3 intermittent self catheters, to Bard's product line. On average, a patient needs to catheterize 2,000 times per year. With the increasingly aging population, this could mean big numbers for Bard in the coming years. Rochester is also the market leader in the $130 million global male external catheters market.

Impact of health care reforms
Significant reforms to the U.S. health care system were adopted in 2010 in the form of the Patient Protection and Affordable Care Act. The PPACA requires the company to pay a 2.3% excise tax on most U.S. medical device sales beginning in 2013. Based on forecasted 2013 annual U.S. sales, the excise tax is expected to be approximately $40 million.

The full enforcement of the act will take place from Jan. 1, 2014 onward. As a result of this, it will become mandatory for the U.S. citizens to get health insurance. As per the Congressional Budget Office's estimate, the new act will reduce the number of uninsured people by around 25 million by 2023. This will increase the number of patients opting for receiving medication, as expensive urology and oncology treatments will now be paid by insurance companies rather than by the patients themselves.

Fair value projection
In my opinion, the stock of CR Bard upholds a high growth potential of 55.07%. I have employed the modified dividend discount model to derive the fair value of the company based on its strong dividends and share repurchase program.

This company is currently undergoing a high growth phase, and this growth will slowly decline to a normal sustainable level in the next few years. I have utilized the modified version of the model in order to incorporate the share repurchases. The current payout ratio of the company is abnormally high, and I expect it to decline gradually. However, the rising earnings and share buyback program will ensure that the absolute return to a single investor does not begin to decline.

I have employed CAPM to calculate the required return. The market return is the annualized return of S&P 500 in the past four years. Risk-free rate is the 10-year Treasury bond return. Based on my calculations, I have derived an intrinsic value of $183.91 for the company while the stock is currently trading for $118.60. I foresee this company to register high returns in the future, which is expected from a company with high financial risk. To sum up, I think the risk is worth the potential return.

Awais Iqbal has no position in any stocks mentioned. The Motley Fool has no position in any of the stocks mentioned. Try any of our Foolish newsletter services free for 30 days. We Fools may not all hold the same opinions, but we all believe that considering a diverse range of insights makes us better investors. The Motley Fool has a disclosure policy.

C.R. Bard to Acquire Medafor for up to $280 Million