With phablets encroaching on smaller tablet sales, Apple may need to rethink its iPhone screen sizes.

Product cannibalization is a normal part of the tech world, and if the latest research from IDC proves true, then smaller tablets are the latest on the dinner menu.

Survival of the biggest
The latest research from IDC shows that phablet smartphones -- you know, the ones with 5-inch screen sizes and even larger -- are outpacing small tablet shipments. In the Asia Pacific region excluding Japan, tech companies shipped more than 25.2 million phablets in the second quarter, compared with 12.6 million tablets – an increase of 620% year over year. But it's not just the Asia Pacific region that's experiencing the trend toward larger smartphones. The IDC expects phablets to start cutting into sales of smaller tablets over the next year.

That doesn't mean small tablets are doomed, but rather that the huge growth we've been seeing from the tablet market may take a bit of a hit as phablets encroach on the market.

So what does that mean for top tablet vendors such as Apple (AAPL -1.92%) and Samsung?

For Samsung, maybe not much. The company is already knee-deep in the phablet market and shows no sign of changing course right now. Samsung just recently released the large Galaxy Mega 6.3 and the the Galaxy Note 3, and so far consumers have been pleased with the company's assortment of sizes. While the large smartphones may eat into some of its tablet sales, the company is well diversified within both segments and still holds a growing No. 2 tablet vendor spot.

Meanwhile, Apple just launched two new phones, the 5c and 5s, but stuck to its guns and still only offers a 4-inch diagonal display. While there have been reports that the company is testing phones up to 6 inches, the earliest we'd see a larger phone from Apple would be a year from now, if then. 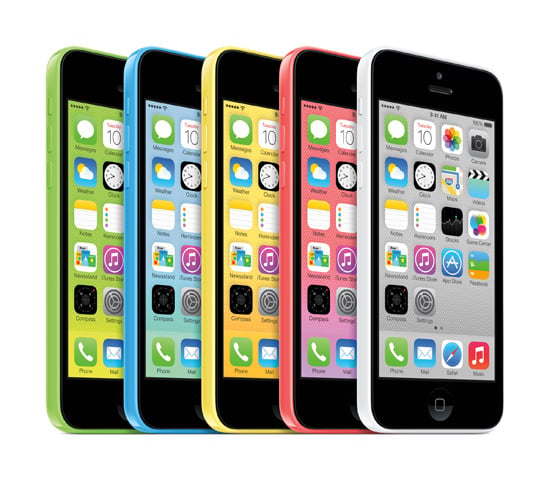 If Apple doesn't release a larger phone, the company's dilemma could be twofold. First, Apple could be losing smartphone sales to Samsung and others because it lacks a larger phone offering. Samsung's phones range from 5 inches up to 6.3 inches -- while Apple offers only the 3.5-inch iPhone 4s or the 4-inch 5c and 5s. If the phablet trend continues, which IDC seems to think it will, then Apple may already be a step behind the competition.

Second, consumers may start choosing Android phablets over Apple's iPad Mini. Right now, Apple is the world's largest tablet vendor by shipments, but Apple could lose some ground as large smartphones eat into future tablet growth. Apple's tablet crown has taken a bit of a beating compared to Android's growing market share, and phablets are only adding more competition. A refreshed iPad Mini in October may help Apple push back the larger phones, but it's no guarantee.

Apple's obviously not the only one that needs to figure out its strategy. Microsoft (MSFT -0.40%) doesn't currently offer a smaller version of its Surface tablet, and for now that may be a good thing. Sales of the Surface have been dismal, and the company is about to release the next iteration, called the Surface 2. Even with updated specs, Microsoft is facing an uphill tablet battle. The Redmond, Wash.-based company has only 4.5% OS tablet market share right now. Adding a smaller screen would only bring in additional competition for the tablets, something Microsoft can't handle right now.

Tech investors should keep an eye on how much phablets start creeping into future small tablet sales, and take note on how Apple and others respond. The iMaker moves very conservatively when it comes to smartphone screen size, but with larger screens now the new normal, it may be forced to follow the pack. On top of that, I'd watch to see how Apple prices the next version of the Mini. A cheaper Mini may help initial tablet sales but would also move the device closer to its phablet competitors. With a larger iPhone nowhere near a launch, the company is leaving a size-gap open that its competitors are gladly filling.

There are many other factors affecting Apple other than phablets, though. For Apple's stock to soar, a few critical things need to fall into place. In The Motley Fool's special free report "5 Secrets to Apple's Future," we outline the key factors every Apple investor needs to watch. Just click here now for your free report.