NVIDIA just introduced the Tegra Note, a "complete tablet platform." But why is this chip maker diversifying into hardware?

On Wednesday, NVIDIA (NVDA -0.80%) revealed Tegra Note, a new "tablet platform." It combines a hardware design featuring the Tegra 4 processor with proprietary software from NVIDIA. A variety of NVIDIA's hardware partners will customize and sell Tegra Note tablets in time for the 2013 holiday season. 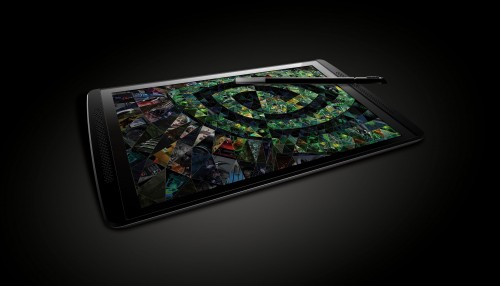 Fellow Fool Steve Symington -- who has provided more details on the new Tegra Note here -- believes that this tablet could be a big difference-maker for NVIDIA. Moreover, from his perspective, there is no real downside for the company.

However, I'm becoming increasingly skeptical of NVIDIA's strategy. Whether this move has potential downside for NVIDIA depends largely on the exact business arrangements being implemented. The upside is clear: If the Tegra Note becomes a hit, it could give a much-needed shot in the arm to the Tegra business. Unfortunately, that seems very unlikely to happen due to brutal competition in the "budget tablet" market.

The game's not worth the candle
In early July, I argued that there's essentially no money to be made in the low-cost tablet market. Barnes & Noble (BKS) ignited a price war in June when it decided to get out of the tablet market, slashing its 7-inch Nook HD from $199 to $129 and its 9-inch Nook HD+ from $269 to $149. Three months later, both tablets are still on sale at those prices, and Barnes & Noble appears to have no shortage of inventory.

Competitors like Amazon.com (AMZN 1.12%) and Hewlett-Packard responded with their own price cuts. Amazon's 7-inch Kindle Fire HD has now been discounted from $199 to $159 for a long time. The same can be said for HP's less-powerful Slate 7, which has been selling for $139.99 ($30 below the list price) for most of its life.

NVIDIA's new Tegra Note should offer better performance than any of these competing tablets, which are all somewhat dated at this point. However, it will be hard to beat Google's (GOOGL -0.31%) new Nexus 7 tablet, which hit the market this summer. The updated Nexus 7 is priced at $229, slightly above the Tegra Note's $199 price point. The extra $30 might be worth it: The Nexus 7 blew most other Android tablets out of the water in performance tests.

Moreover, it is an open secret that Amazon will be updating its Kindle Fire lineup in the next month or two. Given the company's history, the new batch of Kindle Fire tablets are likely to boast solid hardware specs and be priced at or even a little below cost.

Amazon has discounted the Kindle Fire HD, and a new model is on the way. Source: Amazon.com.

In short, it's going to be pretty hard for NVIDIA's tablet to get noticed in this crowded market. There are other top-notch tablets available in a similar price range and a bevy of cheaper tablets for people who just want something "good enough."

Who takes the risk?
It's hard to imagine the upside scenario (i.e., the Tegra Note selling like wildfire) materializing. That said, if NVIDIA doesn't have to put much money on the line, then there's no downside and nothing for shareholders to worry about.

However, it's not clear yet how costs will be shared between NVIDIA and its partners. Will NVIDIA have to pay for a marketing campaign? If so, then it will incur some sunk costs: if the tablet doesn't sell well, NVIDIA would not get much of a return on its marketing investment.

Inventory risk is potentially an even bigger issue. If NVIDIA shares the cost of building Tegra Note tablets with its partners, then it would be on the hook for a potential inventory writedown if it had to cut prices to boost sales. Microsoft faced this situation earlier this year and had to take a $900 million writedown for the Surface RT tablet.

Given the brutal price competition that has characterized the tablet market recently, it would be rash to overlook this writedown risk. Of course, if NVIDIA's partners are assuming all of the inventory risk, than this wouldn't be a concern for NVIDIA itself.

Foolish bottom line
As a NVIDIA shareholder, I'm willing to give the company some leeway because it has a lot of promising projects in its pipeline for the next few years. That said, the Tegra Note doesn't seem likely to be a rousing success. The budget Android tablet market is pretty brutal. Google and Amazon seem happy to sell high-quality tablets at cost, while Barnes & Noble and HP appear to be selling their offerings below cost just to move inventory. (There are also plenty of less-reputable tablets selling for under $100.)

Realistically, NVIDIA shareholders should be happy if this project provides any positive contribution to the company's earnings. Hopefully, NVIDIA's partners are assuming all of the inventory risk, in which case the only potential downside for NVIDIA is wasted advertising. Given the state of today's tablet market, the Tegra Note faces an uphill battle to become relevant.

Fool contributor Adam Levine-Weinberg owns shares of Hewlett-Packard and NVIDIA. He is short shares of Amazon.com. Adam Levine-Weinberg has the following options: short March 2014 $17 calls on NVIDIA. The Motley Fool recommends Amazon.com, Google, and NVIDIA. The Motley Fool owns shares of Amazon.com, Google, and Microsoft. Try any of our Foolish newsletter services free for 30 days. We Fools may not all hold the same opinions, but we all believe that considering a diverse range of insights makes us better investors. The Motley Fool has a disclosure policy.