Come Monday, the spotlight will be on Apple's opening-weekend sales numbers.

Apple (AAPL -0.14%) will probably announce some iPhone sales figures on Monday after the launch weekend, as it usually does. Can Apple beat the 5 million iPhone 5 models it sold last year? Even more, can Apple announce a number large enough to surprise the Street? 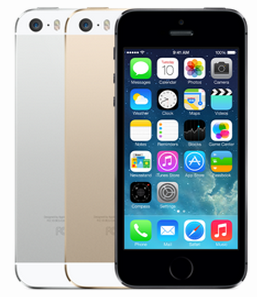 The iPhone show
In China, 25-year-old Lian Jiyu was set on getting the gold iPhone 5s. "I don't care what's inside the device," he told The Wall Street Journal. "Chinese people like gold." Jiyu's demands speak for many of the customers around the globe this weekend. The 5s -- particularly the gold version -- is selling out.

Apple has already asked its suppliers to boost production of the gold-colored iPhone 5s, according to the WSJ. Though the gold iPhone 5s is particularly popular in China, it's also popular in the United States. The gold version of the iPhone 5s was the first model to sell out in the U.S., with immediate availability lasting just 28 minutes.

The iPhone 5s, in general, is in far higher demand than the iPhone 5c, according to most sources. In fact, 95% of the 416 customers surveyed by Piper Jaffray's Gene Munster indicated that they planned to by the 5s. By Saturday, shipping estimates for the iPhone 5s slipped to "October."

"Enthusiasm for the cheaper 5c, however, wasn't as apparent at stores from Beijing to London," said to the WSJ.

Will Apple beat expectations?
With the iPhone 5s supply-limited, Apple's production capacity will be holding weekend sales numbers back. But the question is: by how much?

The iPhone 5c, however, remains demand-limited, with all colors and versions of the new model available to ship within 24 hours on the U.S. site. Though this could be a sign that Apple simply may have been able to ramp up supply more quickly than usual, it could also indicate that demand is lacking.

Analysts and the Street always watch Apple's opening sales numbers closely. The iPhone 3gs, 4, 4s, and 5 sold about 1 million, 1.7 million, 4 million, and 5 million, respectively. Analysts are estimating anywhere between 5 million and 8 million units of Apple's latest models to be sold this weekend.

This year's number is particularly important. Last year's announcement of selling 5 million units of the iPhone 5 on the opening weekend marked Apple's peak at $705 per share. Today, Apple's stock sits significantly lower, at $467.

A guessing game
At this point, the weekend sales number is largely a guessing game. With two iPhone models, a large new carrier in Japan, and the addition of China as a launch country, Apple's global distribution is too comprehensive to pin a meaningful estimate on sales numbers.

Typically we at least know pre-order numbers for the first 24 hours. But this time Apple chose to remain silent on the matter. All we know, therefore, is that demand is "incredible," according to Apple's recent statement. So we are probably safe to assume that Apple wouldn't say something like that without announcing a number that is at least equal to last year's sales. In that case, Apple should sell at least 5 million iPhones this weekend.

But where is the top? Analyst Ming-Chi Kuo thinks Apple could sell as many as 8 million iPhones on the opening weekend. But that's pretty much where the optimistic guesses end.