Grand Theft Auto 5 has become the fastest entertainment property to reach $1 billion in sales. How did the franchise conquer video games, and can any other franchises challenge its record speed to a billion in sales? 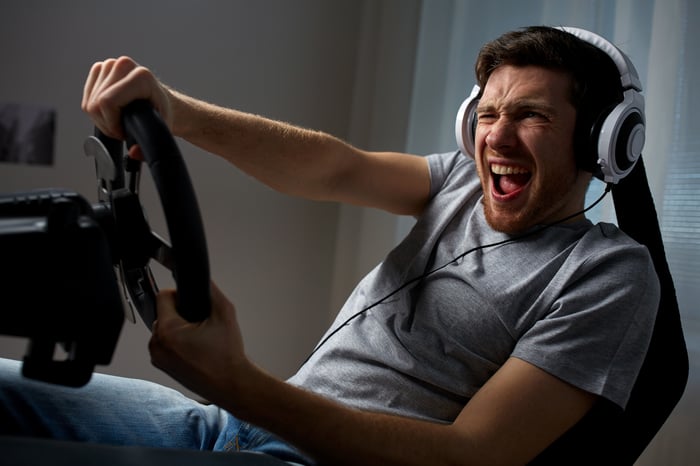 Video games don't get much bigger than Take-Two Interactive's (TTWO 1.26%) Grand Theft Auto, otherwise known as GTA. With the release of Grand Theft Auto 5 on Sept. 17, the franchise moved beyond just being one of the biggest video game franchises in the world and set its sights on a larger crown; becoming the world's most successful release across all of entertainment. In just its first three days after release, Grand Theft Auto 5 raked in more than $1 billion in sales. Compare that to this summer's biggest blockbuster at the box office, Iron Man 3, which brought in "only" $372 million in its first weekend across the globe.

While games like Candy Crush and Angry Birds have attracted most mainstream attention on video games in the past year and have users in the hundreds of millions, the success of Grand Theft Auto 5 is a pointed illustration that big budget console games -- the game reportedly cost roughly $265 million to develop and market -- still drive global video game sales. How has Grand Theft Auto become such a dominant franchise and what does its success say about the future of video games? 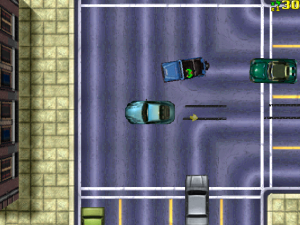 The original GTA, not the prettiest of graphics, even for 1997

The Grand Theft Auto series was launched in 1997 as a somewhat plain-looking game where the player had a satellite-like view of a 2D city. The game was met with slightly above average reviews, but received a wave of media attention for its focus on car-jacking and allowing players to attack pedestrians. As is often the case, the controversy over the game's violence created a wave of PR that was a boon to sales.

A second version of the game was launched in 1999 that looked very much like the first. Like its predecessor, it performed well, but was well below the league of videogame's biggest blockbusters.

However, in 2001 the series was reinvented with the launch GTA III. The game maintained the "open world" appeal of the first two games in the series, but was designed with an advanced 3D game engine. Taking a look at the image of the original GTA on the right and the jump provided by going to a 3D engine in GTA III on the left is quite stunning.

Re-booting for the newest generation of consoles

Grand Theft Auto's run of success is even more impressive when you consider three titles were released in such short time between 2001 and 2004. However, with the release of more powerful "next generation" consoles like the Xbox 360 and PlayStation 3 in 2005 and 2006, the series was overhauled to take advantage

Graphics got better, maps got bigger, the already expansive "open world" premise behind Grand Theft Auto was taken to new extremes in the development of Grand Theft Auto IV. As a result, the game also took longer to create; missing its initial launch date of October 2007. It also cost more, with a reported development budget of $100 million. At the time, that was among the highest ever development costs for a video game. 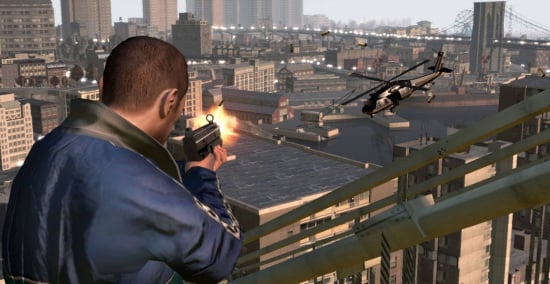 Yet, the gamble on creating such an expensive and ambitious game paid off. Grand Theft Auto IV went on to notch $500 million in sales in its first week, beating expectations by a wide margin.

The biggest release in entertainment history

The success of Grand Theft Auto IV emboldened series developer Rockstar Games to push the envelope even further with its sequel. Graphics once again got better and the gameplay world got bigger. The fictional world of San Andreas where Grand Theft Auto 5 is set is so large the company introduced planes for travel across the map.

The enormous scale and detail in Grand Theft Auto 5 led to record shattering development costs. The Scotsman reported the games development and marketing budget at £170 million, or roughly $265 million. That sum puts Grand Theft Auto up against The Old Republic for the title of the most expensive to produce video game of all time. The Old Republic reportedly cost $200 million to make (not including marketing costs), and proved to be a cautionary tale on out-of-control budgets in video games as the title struggled to recoup its sky-high development costs.

Yet, Grand Theft Auto 5 already has had no problems recouping the massive resources spent on creating and marketing the game. In its first day of release, the game pulled in $800 million in sales; besting the total its predecessor brought in across its first week by a wide gap.

By the end of its third day in stores, the game crested past $1 billion in sales. The previous title-holder for fastest game to reach a billion in sales was Call of Duty: Black Ops 2, which took 15 days.

The game's publisher, Take Two, was quick to note that Grand Theft Auto 5's mere three days needed to reach $1 billion in sales makes it the fastest selling property across all forms of entertainment. To put the games sales into context across other forms of entertainment, the global music industry sees less than $1.4 billion in record and song sales each month. In its first month of release, Grand Theft Auto 5 looks set to outsell the entire global music industry.

The video game industry is entering an interesting phase. Top tier franchises such as Grand Theft Auto and Activision's (NASDAQ: ATVI) Call of Duty are battling to see which can hit a billion in sales the fastest. That's quite an impressive sum when you consider Grand Theft Auto IV's $500 million in sales across a week was met with awe just five years ago.

The end result of these megablockbuster games could be more concentration around the high and low-end of video games. With each successive console generation packing in more power, which enables larger worlds and more realistic graphics, the cost of pushing the limits grows higher. The financial risk of a new franchise with a huge budget is too great for most studios (not to mention only a handful have the resources to create games with such huge budgets), so a franchise like Grand Theft Auto that's a sure-fire hit can keep higher budgets, push the limit, and stand apart.

On the other end, low-end development of cheaper games will continue growing. While most mobile games fail to get traction, the huge user base of over a billion smartphone customers is too great an opportunity to ignore. While a huge hit like Candy Crush Super Saga won't be bringing in a billion dollars in a month anytime soon, it also costs a fraction to make. Smaller studios can create a higher number of games hoping for just a few to hit and recoup their total development costs.

In the end that means more records smashed from the biggest franchises in the years ahead even as attention continues to build around mobile gaming. The causality here could potentially be mid-tier games without the budget to stand out among the best console games, but too in-depth to appeal to the casual gaming crowd on mobile devices.

In any case, I wouldn't bet against the next Grand Theft Auto being the first game to hit a billion in sales on its first day of release. Try catching up with that, Hollywood.

‘Assassin’s Creed: Comet’ and ‘Borderlands: The Pre-Sequel’: The Business of Last-Gen Gaming

'GTA Online' Wants To Give You Free Money